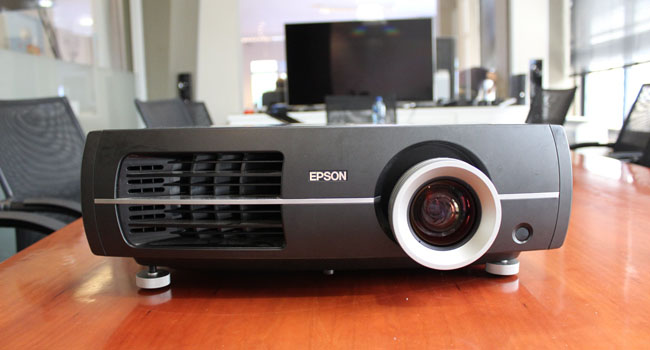 We live in an age where small things are able to do a lot quickly. The Epson EH-TW5500 Home Projector (catchy name ain’t it?) is not one of those things.

It’s absolutely bloody hulking. Despite the Gearburn editor’s assertion that I just needed to spend some time in the gym, calling this thing portable would be like calling Stephen Hawking an Olympic athlete.

Plug it in, baby

If you’re going to have this thing in your house then, it’ll more than likely be a semi-permanent fixture. And if that’s the case, you’d best make sure you have the right kind of plug point.

You need one of those flat two prong adaptors, because we can make smartphones capable of what would look like magic to our great grandparents, but can’t decide on a universal plug point standard. That’s an argument for a different day though.

Once you’ve managed to get everything you need to plug the blighted projector in, you’re ready to set it up. You could, of course read the instruction manual. Bwahahahahaha. What am I thinking?

Of course you won’t use the manual. Making that assumption as a reviewer would a disservice to you, the good Gearburn reader.

After eventually finding an adaptor that I thought would fit the projector (and then hacking away at said adaptor because it still didn’t fit the bloody plug) I was ready to roll. The kind of projector you do your office PowerPoint presentations on is to this thing as the guy who knocks around o n the guitar at your local pub is to Eric Clapton.

Within a couple of minutes I had it playing crisp full HD video on my bedroom wall, and then my ceiling (because why the hell wouldn’t you?).

Adjusting the lamp vertically and horizontally is a breeze, as is getting the projected image to the screen size you want.

If you’re going to use this thing as a TV replacement however, I would advise measuring distance between your walls. Any room where you’ve got less than five metres between the projector and the wall you’re projecting it onto means you’re probably better off with a decently sized HDTV.

If the room you put it in is on the smallish side then you’d best make sure it’s well-ventilated. The room I tested this bad boy in heated up noticeably after the projector had been on for about an hour.

The thing is, it doesn’t make a racket generating all that heat. The Epson is astonishingly quiet, never going above a low, gentle hum.

As I’ve already noted the Epson probably works best as a permanent fixture. If you want something you can use for movie night with your mates, then you can probably compromise a little on the picture quality in favour of a little less bulk.

Adding to the impression that it’s not really designed for portable use is the fact that for all the ports it does have (two HDMI, PC, RS, bog standard AV) it doesn’t have anywhere to dock a smartphone or tablet. If however you are looking for a permanent entertainment solution, then this projector is probably the best you can get without going into custom-build territory.

Sure it’s expensive at north of R28 000, but sometimes quality is worth paying for. If you’ve got the dosh, the space and want your movies, sport, or music videos and easy-to-use HD then go for it. I promise you won’t be sorry you didn’t get the 100 inch TV instead. 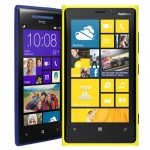