Keen on seeing the rumoured 13-inch MacBook Pro with Retina Display? Luck’s on your side, as the fabled smaller notebook may make an appearance at the launch of the iPad Mini. Sources, and these are of the reliable kind, say it’s sure thing.

This is the 15-inch MacPro. Expect the 13-inch to be… smaller

There’s a tiny bit of info to nibble on. The 13-inch MacPro will have the same “thinner and lighter” chassis as the 15-inch model. There’ll also be two different 13-inch MacPros: one with a beefy CPU, the other with a less intimidating processor. Perhaps it’ll be be a 2.3Ghz and 2.7Ghz, much like with the current 15-inch MacPro’s. Also, the smaller Retina Display is called “D1”, while the current model is called “D2”. That’s all we know for now. Tune in 23 October for the launch date. 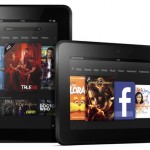