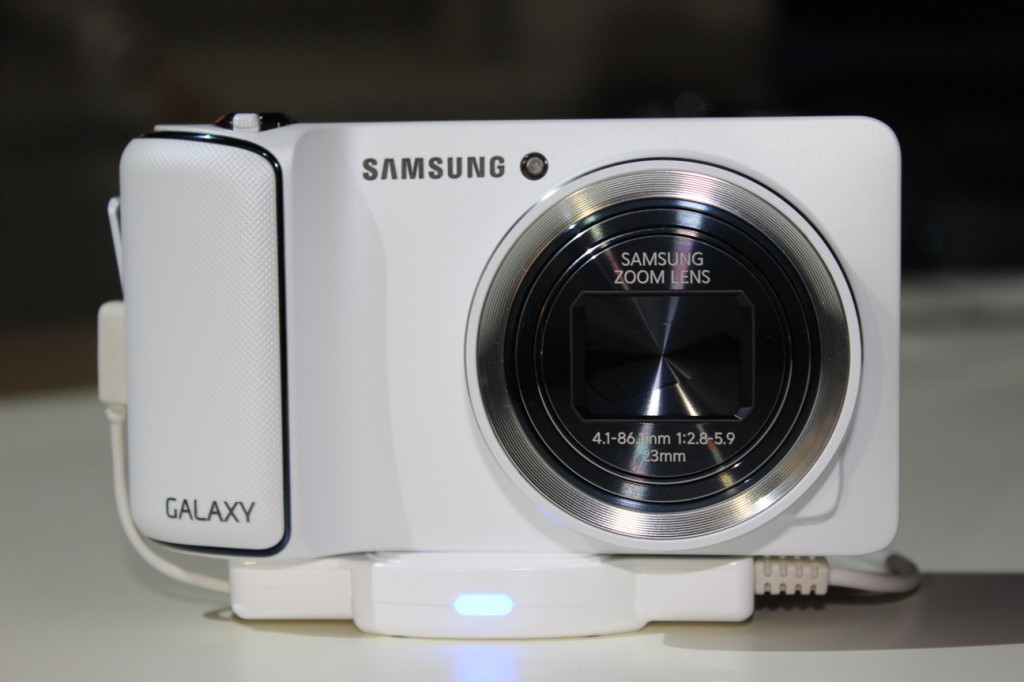 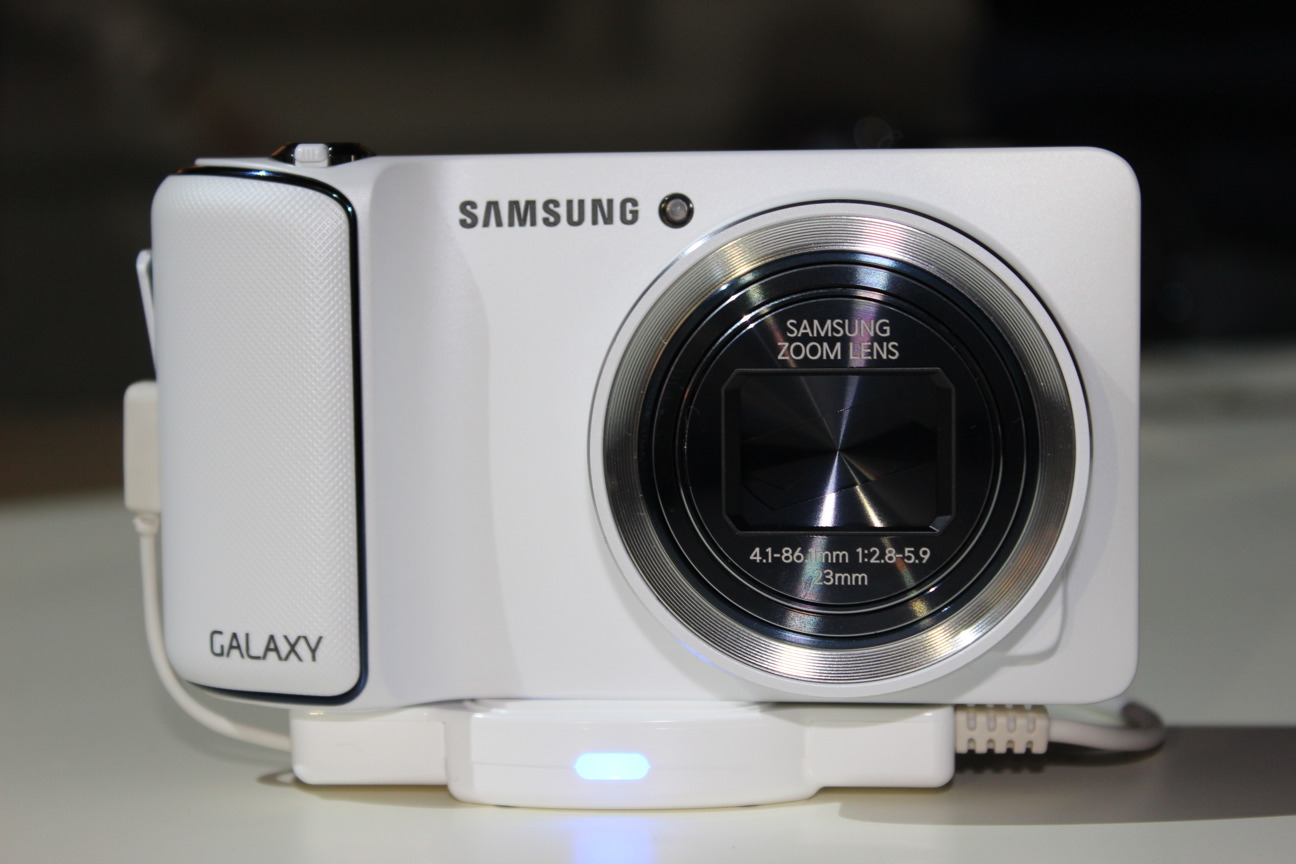 The Galaxy Camera made its debut alongside the Note II at Samsung’s African launch event in Cape Town on 18 October 2012. This new product is described by Samsung as a merger of the best elements of a digital camera and smartphone.

The front of the camera houses an impressive 21x Optical Zoom to cater to all your voyeuristic close-up needs. 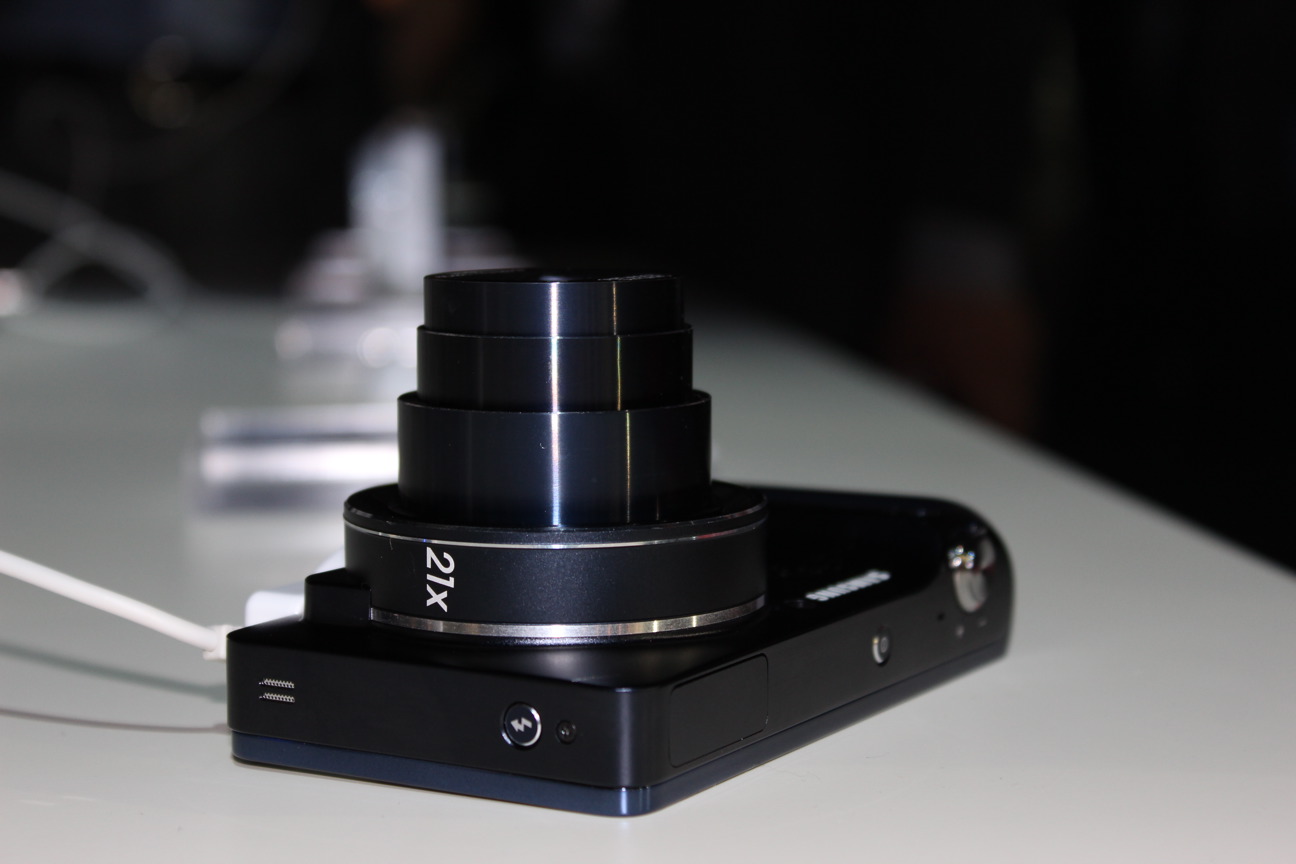 Not as fetching as the white

The Galaxy Camera does not set itself apart from other digital cameras on the market, as far as image taking is concerned. What does set the Galaxy Camera apart is its user-friendliness and onboard editing functionality.

The camera’s strongest feature when taking shots is the Smart PRO mode which is “casual” setup modes for even the most amateur of users.

Smart PRO mode has three main settings that enhance a users photo taking experience, Waterfall Trace, Light Trace and Action Freeze. Waterfall and Light Trace are both setup to work in scenarios when the user in trying to capture images with moving bodies of water and light sources, obviously. 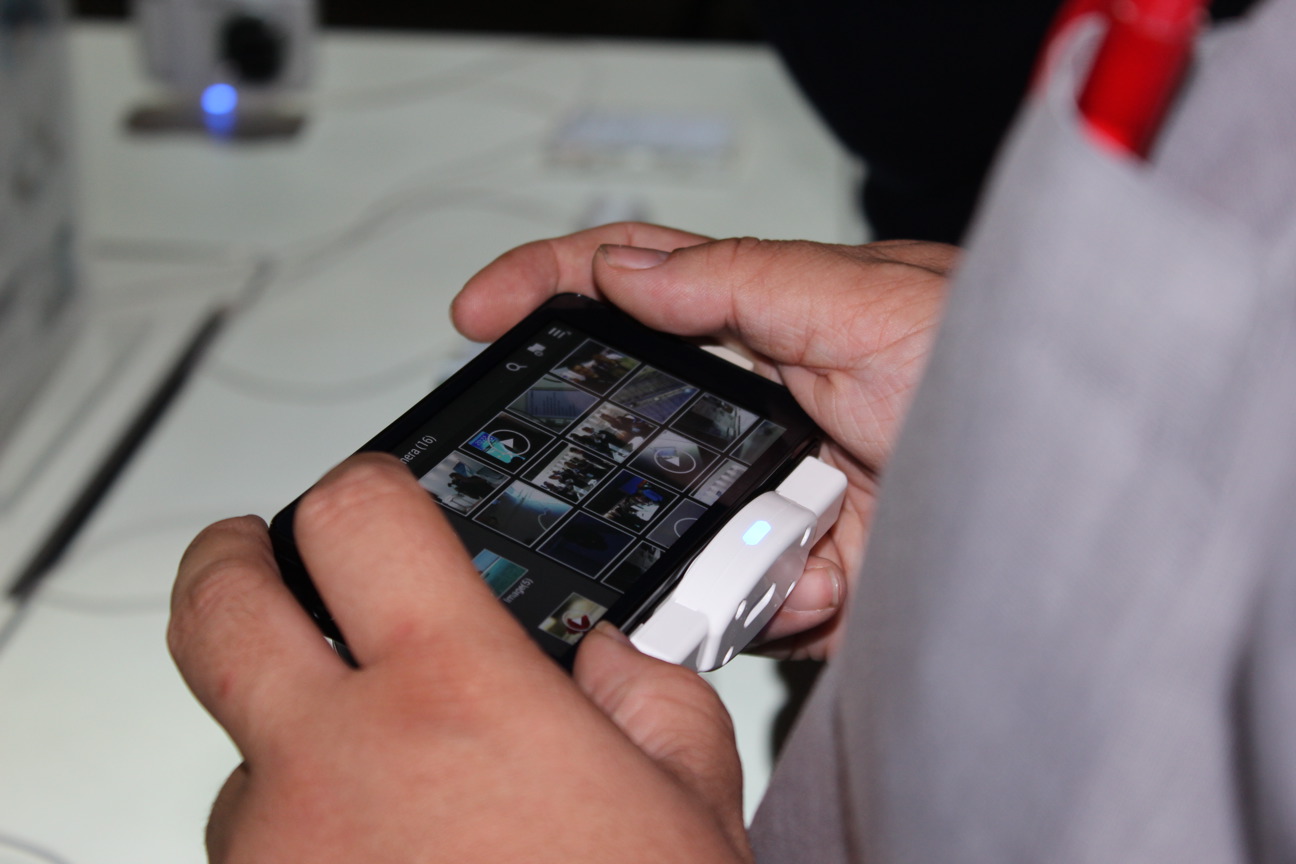 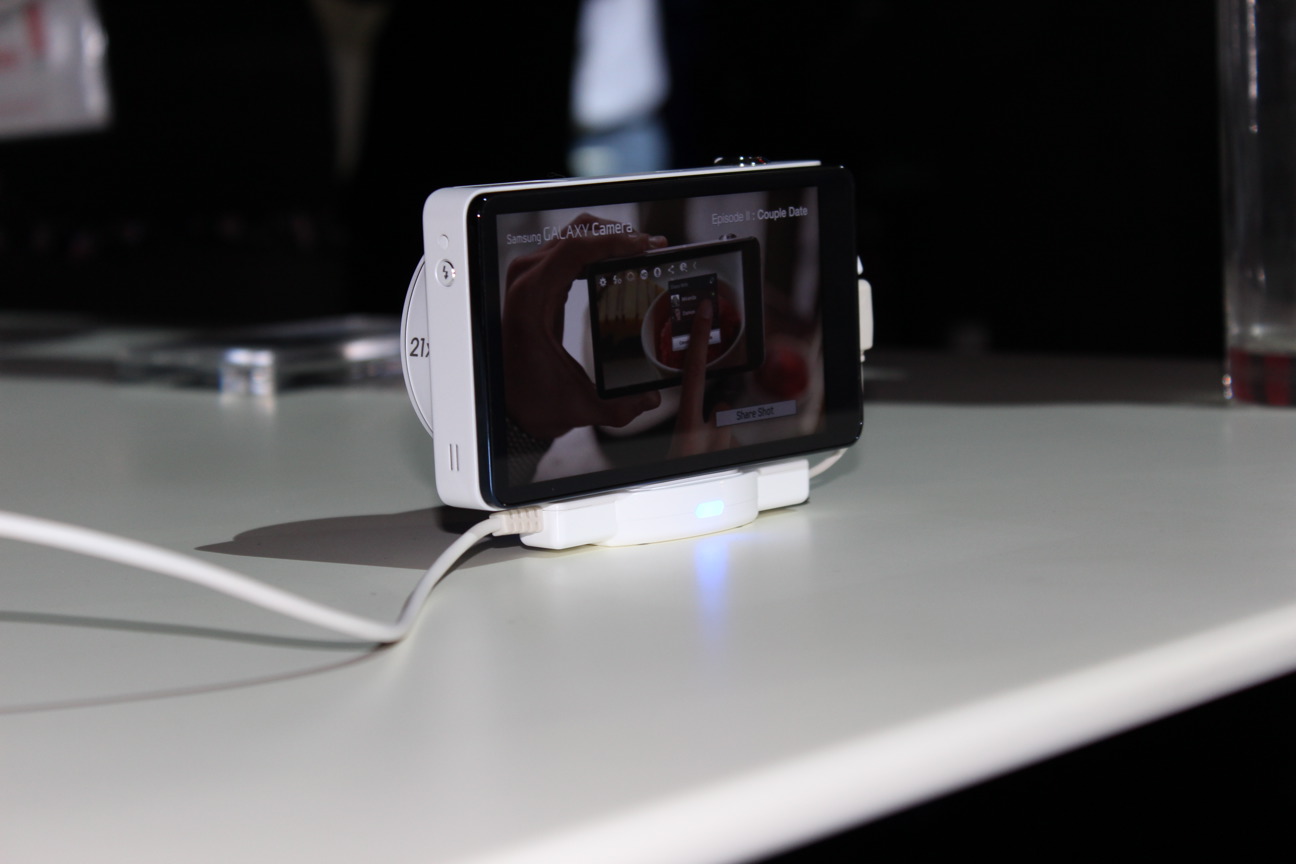 The Action Freeze mode adjusts the aperture of the camera to take pictures of fast moving objects without the blurred effect. The Galaxy Camera also has a Slow Motion Video setting which shoots at a rate of 120 fps, ideal for sports and wildlife recording.

Another interesting feature is the Voice Control function which allows certain voice commands to perform specific actions on the device. Although good in theory, it does not quite hold up, especially when used in areas with a lot of background noise.

The Samsung Galaxy Camera’s best feature however, is its ability to allow the user to edit, transfer and store content onboard. Out of the 65 different editing features, Samsung’s Auto Face and Share Shot features look to be the most interesting.

The Auto Face detection feature takes multiple images with one click. If the user is unsatisfied with the way their face looks in the photo, they can use a better looking image and transpose a “new” face.

Prices on the Samsung Galaxy Camera are still to be released but its ease of use and direct editing ability will definitely see Samsung carve out a great niche for itself. 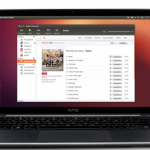