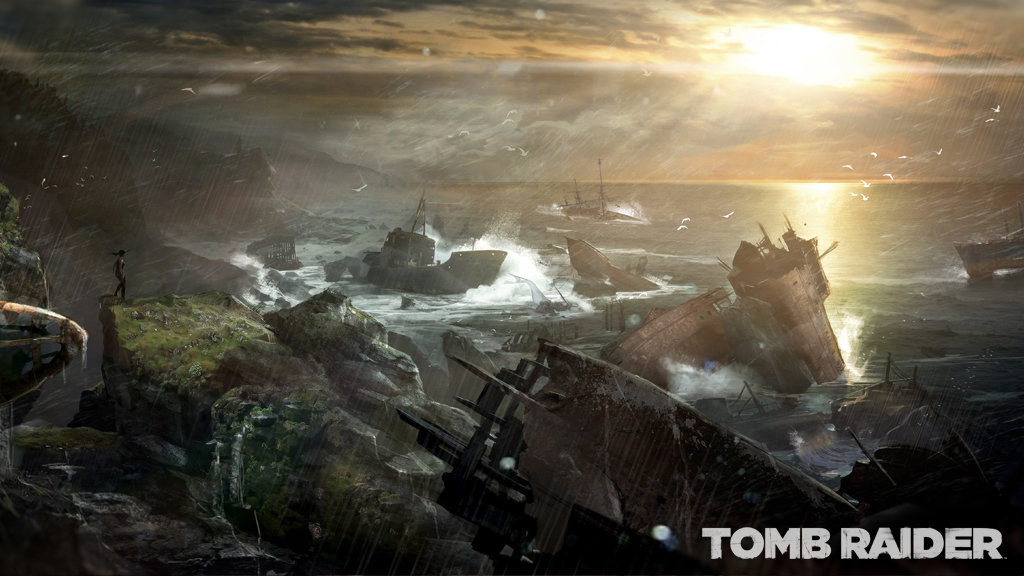 The demo for upcoming Tomb Raider begins with a rebooted and fairly young Lara Croft, broken and bruised after the ship she was travelling on is wrecked in a heavy storm. She’s washed ashore on a tropical island only to be captured by an ominous figure. In the process of her escape, Lara is injured quite severely after taking an arrow to the mid-section, not the knee, and dodging falling debris from the collapsing cave as she makes her way to freedom, and daylight. We arrive at a title screen and are immediately thrust into survival mode. Lara is dirty, broken, hobbling and incredibly well animated as she ambles up cliff faces and jumps between dangling aircraft wreckage all while nursing what seems to be a broken arm. She must then navigate through a maze of waterfalls and gritty scenery in that puzzle solving format that we have come to know and love from the Tomb Raider series.

The goal in this demo is to find food by means of hunting. She goes about this task by first finding the tools needed to catch her prey and fortunately finds a strung-up and decaying corpse with a bow entangled within the rotting mess. After scaling a vertical wall and traversing a fallen branch to get within reach of the swinging body, she must time her grab to perfection with an innovative side-on perspective and call for the user to act with a timed button press.

After the bow is retrieved and a quiver of arrows found, she must track down her prey in the form of a deer. The hunting mechanism is pretty standard and after the deer is taken down with a well aimed arrow, our naive Lara kills the deer in a tear-filled cut scene that gives the game that immersive character development which should hopefully make us invest in her survival.

As this is the back story to Lara and her origins, we feel sympathetic to a teenage girl having to take her first life and begin to understand how she later evolves into the kickass and hard-core character that has been a staple of platform games for over a decade. Tomb Raider is scheduled to be released on 5 March 2013. 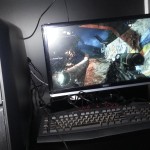