More
Home
Subscribe
Skip
Continue in 10 seconds
Skip
By Zaid Kriel
Read nextNook HD review: the highest res 7-incher yet, but is it any good?

Keeping up with happenings in the gaming world can be an arduous task, especially when it seems like all people are talking about is Call of Duty. But believe it or not, there is more going on out there and it doesn’t all involve shooters. So here’s the breakdown of all the news that matters over the past week.

In September Ivan Buchta and Martin Pezlar, both employees for Bohemia Interactive who were working on the game ArmA III, were arrested on charges of espionage for allegedly snapping photos of a Greek military base while on holiday in Limnos. The pair have denied the charges, saying they were inspired to visited the area during their holiday, thanks to working on the virtual rendition that is featured in the game.

Should the pair be successfully convicted they could see as much as twenty years in prison, reports Rock, Paper, Shotgun.

Trine 2 developers Frozenbyte have commented that Nintendo’s Wii U eShop is an ideal environment of indie developers, both technically and from a sales perspective.

Speaking to IGN, Frozenbyte marketing manager Mikael Haveri said converting their game was incredibly easy. “We had the port of Trine 2 working in about two days and then after that it was just about getting the game to look nicer and to implement the touch screen related features.”

More important was Haveri’s take on the level of control that Nintendo offers developers once its games are available to purchase, since developers can set their own prices and when they have discounted sales. “That’s what we love about the new eShop,” said Haveri. “We have the power to price our products as we please, with just some basic guidelines from the big guys.”

Confirming the immense popularity of Angry Birds even further is news that cooldrinks branded with the antagonistic avians are the top-selling beverage in the game’s country of origin, Finland.

According to the Next Web, Rovio CMO Peter Vesterbacka said a line of licensed cooldrinks released in Finland have managed to outsell both Coke and Pepsi, the traditional market leaders in the beverage sector. Vesterbacka also revealed that the drink would make moves into international markets, starting with New Zealand and Australia. Could we see a South African release?

Mojang, the developer behind the phenomenally successful indie game, Minecraft, has showed off its new game the MineCon 2012 convention, called Scrolls, the new game is a massive departure from Minecraft, both in terms of design and aesthetic. Scrolls is a strategy role-playing game that combines elements from trading card games and board games.

At the MineCon 2012, the devs went into great detail telling attendees about the games basic premise. Most importantly however, Mojang revealed that the game would follow a similar release path as Minecraft, in that the game will involve its community input as the development progresses. 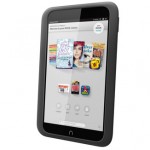