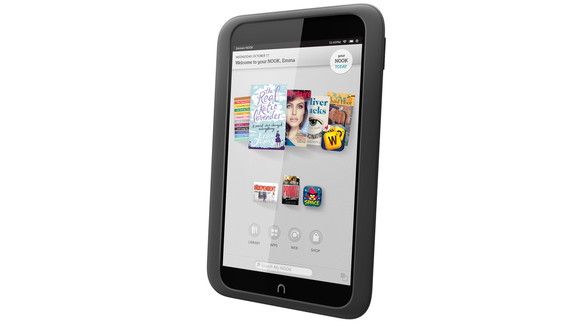 The Nook HD from bookstore giant Barnes and Noble makes some big claims for such a small tablet, as it looks to steal the limelight at the budget end of the market.

With the likes of the similarly priced Google Nexus 7 and Amazon Kindle Fire HD for company at the £159 price point, plus the slightly more expensive iPad mini, the Nook HD really needs to bring the fight if it wants to succeed.

Out of the blocks it seems impressive, boasting the title of ‘the world’s lightest 7-inch tablet’, tipping the scales at just 315g – just a shade heavier than the pricier, 7.9-inch iPad mini.

Another trump card for the Nook HD is its display, packing an eye-popping 1440×900 resolution with a 243ppi density – making it the stand-out candidate in the 7-inch market.

Barnes and Noble may well be a household name in the US, but elsewhere in the world it’s got an uphill battle to educate consumers on the brand and its products, so it’s teamed up with big retailers in an effort to get the Nook HD in front of customers.

The Nook HD itself is certainly unique in its looks; gone is the slab of glass we see slapped across and the Kindle Fire HD and Nexus 7, with Barnes and Noble instead implementing a curved, raised bezel around the 7-inch display.

It’s a look which makes it stand out from the crowd, but it looks a little cheap, almost toyish – although the family sector is a key demographic for the firm and this product, and it fits a little more into the ‘robust’ category there.

When we first picked the Nook HD up, we tried to peel off the bezel mistaking it for a rubberised cover, but to our despair it wouldn’t budge – it’s actually part of the tablet.

B&N claims that this raised bezel – which comes in an appealing ‘Smoke’ (read: grey) or ‘Snow’ (that’s white to you and me) – helps when holding the tablet in one hand.

While it does detract from getting fingerprints on the glass, we wouldn’t say it made is easier to hold than the Nexus 7 or Kindle Fire HD, with the lightweight design of the Nook HD a better factor which it came to one-handed usage.

Round the back you’ll notice that the Nook HD does not sport a rear-facing camera, nor does it have a front facing one – B&N claims that its customers want a tablet to consumer media on, not to take photos with or make Skype calls.

The only significant features of note on the soft-touch rubberised back are the dual speaker grills at the bottom of the tablet, the large ‘n’ logo and dipped centre – allowing for a better grip.

On top there’s a lonely 3.5mm headphone jack, with physical buttons found on the sides, power/lock key to the left and a volume rocker to the right.

Thanks to the relatively petit body of the Nook HD, measuring 194.4 x 127.1 x 11mm, you can reach both sides pretty easily even when holding the tablet in one hand.

We found that we did have to shuffle it a little to hit the keys, but thanks to the Nook HD’s grippy rear, we never feared dropping it.

The final physical button is located on the front of the Nook HD and takes the form of the Nook logo – it’s nigh-on impossible to hit one-handed, so you’ll need to call in reinforcements from your other arm to help you out here.

Unfortunately there’s no microUSB connection on the Nook HD, with a 30-pin port instead residing at the base of the tablet, meaning you’re forced to use the bundled cable to charge and connect to a computer.

However all is not lost on the bottom of the Nook HD, as there is a little treat for you in the form of a microSD card slot – hidden behind a small plastic door which isn’t the easiest to remove, but once opened reveals a way of boosting the storage of the tablet by up to 64GB.

This gives the Nook HD a clear advantage over the storage locked Nexus 7, Kindle Fire HD and iPad mini – although the Google and Apple devices do offer larger internal storage capacities.

The Nook HD is a sturdy, well-built tablet with an impressive screen and weight, but the cheap plastic bezel does make it painfully clear that this is a budget device, and when you put it side by side with the competition the HD struggles to look ‘grown-up’.

That said we reckon the Nook HD could withstand bumps and knocks, with the screen slightly more protected thanks to the aforementioned bezel, and with the tablet aimed at a lifestyle including children this finish may be better suited to the job in hand. 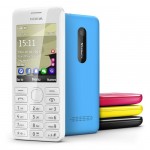