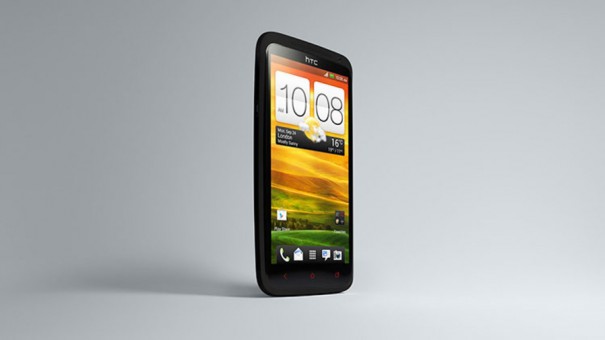 The HTC One X+ isn’t exactly a new handset as such, as it shares many similarities with its brother the HTC One X, but there are a few key upgrades in play here.

We were very impressed with the original One X when it was released earlier this year, and it managed to clock up 4.5 out of 5 in our in-depth review and snaffle second place in our 20 best smartphones in the world, just losing out to the excellent Samsung Galaxy S3.

The One X+ is here to put the issues we experienced with the One X, such as battery life and limited storage, to bed and possibly snatch top spot away from the immensely popular Galaxy S3.

You’ll be able to pick up the HTC One X+ for free on two year contracts starting at £33 per month, which is a similar price to the original One X, which can now be snaffled for £25 per month with no upfront cost.

On the inside the One X+ gets an OS boost over the original, as it ships with Android 4.1.1 Jelly Bean, with an update to Android 4.2 almost certainly on the cards given the phone’s credentials – bringing it pretty much bang up to date.

The beautifully minimalist unibodied design has been carried over to the One X+, and by looking at the handset you wouldn’t be able to tell it apart from its older brother, apart from the red highlights on the touch keys below the screen and camera surround on the back, plus the tweaked Beats Audio logo.

This isn’t a bad thing however, as the One X and One X+ are some of the most aesthetically pleasing handsets which feel solid and premium in the hand, and while the One X+ weighs in a shade heavier than its predecessor, a whole 5g at 135g, it’s tit for tat.

As well as those red accents, which US customers will be familiar with as it was the exclusive colour option for the One X on Verizon, the HTC One X+ comes swathed in black polycarbonate which has been given a rubberised finish to improve grip.

We’re not completely sure if we prefer the new rubberised finished, or the glossy chassis on the original One X, with both pleasing our palms in different ways, so we’d recommend a good fondle when you come across the One X+ in store.

The big screen of the One X has been transferred over to the HTC One X+, giving you a 4.7-inch Super LCD 2 display with an HD 720 x 1280 resolution, placing it firmly against the Galaxy S3 and LG Optimus 4X HD when it comes to screen size.

Size wise the One X+ keeps the same dimensions from the original (134.4 x 69.9 x 8.9 mm), which while large, especially for those of you looking to trade up from a 3.5-inch or below device, it’s not over the top massive like the Samsung Galaxy Note 2.

Below the large screen there’s the three Android touch buttons – back, home and multi-tasking – sporting that pleasing red accent which glows nicely when illuminated, while above the display you get the traditional HTC elongated earpiece grill and a 1.6MP camera – up from 1.3MP on the One X.

The other keys, volume rocker on the right plus the power/lock key on top are the same as on the One X, as too are the left side mounted USB port (which doubles as a Mobile HDL to hook up to a TV) and 3.5mm jack up top.

Once again we’ll highlight out frustration with the USB port being located on the side rather than the base of the handset, as it makes the One X+ difficult to hold if plugged in.

It does look like HTC may be finally heeding our call, with the Windows Phone 8 touting HTC 8X and HTC 8S both sporting the USB connection on their bases, it’s just a shame the Taiwanese firm couldn’t make the adjustment on the One X+.

Located slightly behind the power/lock key, but still on top of the One X+ is the microSIM slot, which requires a little HTC key, a la iPhone 5, to pop open – easy enough when the tool is to hand, but a real pain if you are without it.

The enclosed unibody chassis does have its drawbacks, the key one being that there’s no access to the 2,100mAh battery house inside, and while this has improved on the HTC One X+ over the 1,800mAh version in the One X, it’s still not massive – just take a look at the Motorola Razr Maxx.

HTC has addressed storage on the One X+, providing a 64GB model which will be plenty for even the most demanding media mongrels among you – which makes up for the lack of a microSD slot.

Round the back of the One X+ is an 8MP camera, which protrudes quite a lot from the handset, but thanks to the slightly curved nature of the chassis, doesn’t affect the phone too much when resting on a table.

The HTC One X+ keeps the same style, size and screen as it predecessor, while managing to squeeze in a bigger battery, more powerful processor and increased storage – so far so good then.

This review originally appeared on Techradar and is published with permission. Continue the full review here. 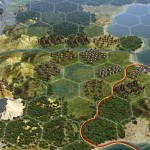