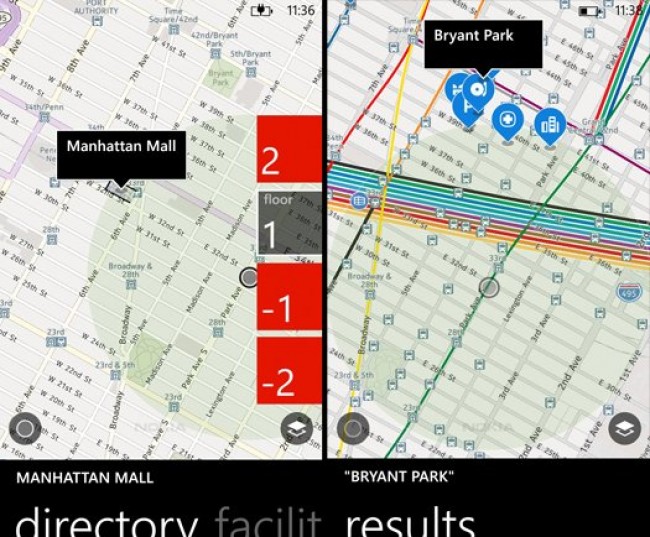 Nokia HERE is reviewed on a Lumia 920.

Much has been said lately about the importance of mapping technology in the wake of Apple’s catastrophic failure with the iPhone 5 launch. As of late we’ve all taken for granted that our smartphones will not only have mapping software built-in, but that the mapping technology will also work and be comprehensive and…well…good.

With its latest mapping technology, Here, Nokia has given users of the Nokia Lumia 920 a deep and comprehensive mapping solution the likes of which iPhone 5 users would die for.

Having acquired California-based 3D modeling company earthmine, with Here, Nokia has created a holistic mapping utility that not only uses Google-esque cars that are currently traversing the world creating 3D models of well…everywhere, Here also applies basic principles of crowd sourcing to literally “fill in the gaps.”

Simply put, anyone who uses Here is helping to map the world. For instance, Nokia’s technology has the ability to discern that there happens to be a road in a previously un-mapped area simply by recording data that it gathers from its users. For instance, if Here doesn’t have a record of a street but users are seen travelling on the same “path,” Here senses that there must be a road there and it will dispatch a car there to verify it.

Nokia Maps is essentially the anchor of Here and is the feature that users will use the most. It looks a lot like Google Maps so users will quickly be able to jump in and start using it without encountering a significant learning curve. One of the key selling points of Here is the fact that you can easily use it offline.

Before travelling abroad, you can download all of the map data of a particular place before you even get there. This data is also reasonably sized, an entire country will probably only occupy a few GBs of data. If you’re using the Nokia Lumia 920 with its 32GB of storage this is in no way an issue.

A big part of the Here experience is helping users get to the places that are most likely to be of interest to them. This is where Nokia City Lens comes in. Once you fire it up it opens the camera app and shows you points of interest that happen to be near you. This can sometimes be overwhelming, but if you happen to be in a densely populated area like San Francisco or New York, Nokia City Lens has filters that let you only view things that may be of specific interest to you.

If you’re hungry hit the restaurant icon and City Lens will only show local eateries that happen to be nearby. Being a relatively new service however, in our tests, restaurants we know are only one block away didn’t show up. Similarly when we attempted to look at Attractions from the front porch of a house in Oakland City Lens only showed us the Golden Gate Bridge (13 miles away) and Hawaii (2,500 miles away). Obviously some updates are in order.

Nokia Drive+ Beta aims to be a great tool. With turn-by-turn navigation it also uses 3D modeling to let you see through buildings to better guide you along your route. However, in our tests the beta was a bit hit or miss. There were times when the app wouldn’t launch on our test Nokia Lumia 920 and off course, being relatively new, don’t expect the level of detail that Google Maps currently enjoys.

For commuters, Nokia Transit is a great way to find public transportation options. We tested the product in San Francisco and it accurately provided several options to get the user to their destination. When travelling from San Francisco to a home in Oakland, Nokia Transit accurately predicted how long it would take to walk from your current location to the various public transportation stops.

Again, being relatively new, Nokia Transit did lack certain options. For instance, one can travel from Oakland to Future’s South San Francisco office via a ferry. Nokia Transit didn’t have the ferry as an option. That said, utilizing travel data from users Here will either discern that Jesus works at Future and is walking across the San Francisco Bay or that there must be some form of transportation that it doesn’t know about yet.

As a competitor to Google Maps Nokia Here definitely gives them a run for their money. Utilizing the two-fold plan of earthmine’s cars to gather data as well as crowd sourcing Here has the ability to gather data from an extremely high number of sources. While it’s still relatively new we expect hiccups.

That said, on a device that has multiple mapping options Nokia Here is our mapping technology of choice.

Review from Techradar.com and is published with perm 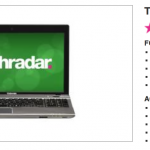