I get that people want the latest and greatest on their handsets, I am equally guilty of this, however, Google’s recent update to Android really boggles my mind. Android 4.2 was recently pushed to Nexus devices across the globe and all was well, for a day or two. Then the bugs started to emerge, and there are a bunch of them. I hate to admit that Google fluffed the release, but it did. Here’s why.

I’ve used every version of Android since 2.1 and every single incremental update, which 4.2 is, has had little niggles. In the latest iteration however there are more than a simple few bugs. The new lockscreen widgets feel very rushed and the fact that I can’t turn them off reminds me of a certain fruity company and its obsession with control.

As you’ve heard there is no month of December in the People app of 4.2. This to me is the most troublesome, not because of the inconvenience, but because it’s such a glaring omission that it leads me to feel as if the Android team are more focused on adding new things, often unnecessary, as opposed to tightening up the existing OS, which works, really well.

Google polished Jellybean in 4.1.2, however that’s all been scuffed up again with 4.2 and although it’s acknowledged the problems and promised a fix “soon”, the fact of the matter is, when you release a new OS, it really shouldn’t contain such elementary mistakes.

There are some other concerning facts to take into account as well, for example, the new camera, gallery and keyboard apps aren’t in the AOSP repositories. This means that developers who are building custom ROMs can’t build just from source, but they have to manually add these into their builds. I don’t remember stock apps not being available in the AOSP since I’ve been using Android, and I can only hope this goes hand in hand with the fact that the shiny new Nexus 4, which annoyingly isn’t coming to South Africa, isn’t entirely supported in the AOSP yet, either.

Battery life has taken a bit of a beating in 4.2 as well, with my Galaxy Nexus starting to struggle to make it through an entire day without topping up somewhere along the line. The list of complaints and bugs is getting longer every day, like AOSP built ROMs problems with GPS locations, and the like. This isn’t the Google way, at all, and the 4.2 update has been labeled the “most buggy update since Honeycomb”, Android 3.0, and that was a nightmare. I’ve also read about Bluetooth issues, but since I don’t use Bluetooth I can’t really comment. I can however comment that my Wi-Fi connection has become a little temperamental, but the speeds have certainly increased, so give a little, take a little, but I’d sacrifice speed for stability, every day of the week.

Although I don’t believe this will have a detrimental effect in the long run, considering such a small portion of Android users have even seen 4.2 (fragmentation has its benefits it seems), I am disappointed in the Big G for letting us down a little. At least a fix is in the works and I can still take amazing Photo Spheres while I wait. 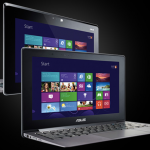