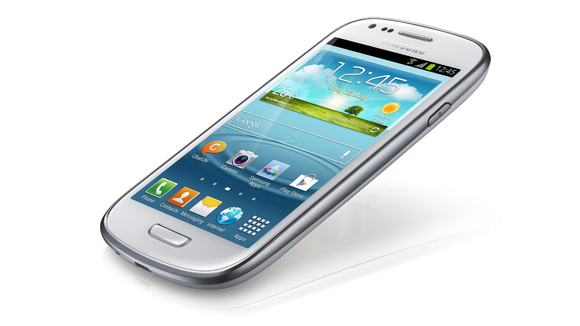 Samsung has decided that it can milk more from the success of the Samsung Galaxy S3 and has punted out a lower-power little brother.

Coming in without the quad-core power, the higher-spec battery or the huge screen with the impressive HD resolution, the Samsung Galaxy S3 mini is still a decent phone in its own right, with 1GB of RAM, a microSD card slot and the exact same styling as its predecessor, albeit in a much smaller form factor.

However, coupled with a £300 price tag, you can see that the lack of high end features is going to hurt a device like this, especially when it’s got the likes of the Google Nexus 4 to contend with at that price bracket now.

The interface on the Samsung Galaxy S3 mini is impressive though, as it comes with Android 4.1.1 Jelly Bean out of the box, bringing with it the likes of a renewed notification bar and improved smoothness under the finger.

It’s clear that despite only running a dual-core CPU there’s not much to really complain about, at least in our initial tests. We swiped, added and removed widgets and saw no hint of slowdown or something to say that the lack of grunt was going to hurt it.

Adding in 1GB of RAM is a decent choice, seeing as that takes it to the level of its bigger brother, and you could argue that the S3 mini is actually more powerful than the all-conquering Samsung Galaxy S2, which is still selling well.

And on top of that we’ve got the fact that the style is exactly a shrunken down version of the S3. While other ‘mini’ versions of handsets have come in and promised to cut down the experience for the benefit of the pocket, this is one of the first times we’ve seen a shell actually minimised almost to scale.

The result is a decent-size phone that sits happily in the hand and is much easier to operate than the Galaxy S3 proper. And both have a Super AMOLED screen to make colours fizz and pop, although the S3 mini is only able to come with WVGA resolution, which means you’re not going to get a sharp experience.

Well, that’s actually subjective, as it’s only a year ago that we were calling WVGA a perfectly fine resolution to chuck in your smartphone – not everyone needs that much clarity, and if the result is a lower price, then all the better.

When holding the Samsung Galaxy S3 mini, everything from browsing the web to tapping out a message is so much easier. It’s got a similar spec sheet to the iPhone 5, as well as a similar sized screen, and as such the experience isn’t that much different.

We were impressed when firing open different apps, and the range of widgets is also decent, matching the S3 for the most part. There were some notable omissions in the experience when it came to comparing the two devices though; for instance, the S3 mini inexplicably has no auto-brightness setting, despite there clearly being a light sensor on the top of the screen.

The camera is also a lower-spec version of the S3 proper, and doesn’t bring the slew of high-end features you’d expect from a Samsung device. But that’s simply because when holding the S3 mini you’re convinced that it should be as good as the larger iteration, which obviously isn’t the case.

While we’re all for the idea of cutting down the smartphone experience to make the cost a little bit more palatable, the Galaxy S3 mini is still too expensive to be considered an ideal choice if you don’t want the heft of its larger brother.

Be it the lack of auto-brightness, the slightly less sharp screen or the fact it takes a normal-sized SIM (which will annoy those that have made the jump to microSIM already and want to move onto this budget option) there’s definitely a feeling that £300 for a phone of this quality is a little high.

Scrub off £50 and we can see a Christmas hit on the cards – although given the branding afforded to it, there’s a strong chance that will happen anyway – and we like to see consumers getting a fair deal, especially around the holiday season.

This article originally appeared on TechRadar and was published with permission. 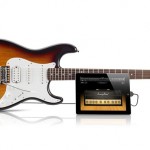