Here’s the plot, care of Bungie:

Our story begins seven hundred years from now in the Last City on Earth, in a Solar System littered with the ruins of man’s Golden Age. A massive, mysterious alien ship hangs overhead like a second Moon. No one knows where it came from or what it’s here for, but only that it’s our protector. Meanwhile, strange, alien monsters creep in from the edge of the universe, determined to take Earth and the Last City. We are young ‘knights’ tasked with defending the remains of humanity, discovering the source of these monsters and – eventually – overcoming it.” Elsewhere in the document, the massive alien ship is referred to as the Traveler.

Great stuff, but practically meaningless. We want blood, outlandish weapons and armoured soldiers. An image or two wouldn’t hurt either. So here’s five screenshots of the upcoming Destiny.

Bungie has described Destiny as being “social” to the core. And “friends old and new” will be able to explore Destiny. It’ll obviously be an online title, but we’re unsure if it will be a passive or active multiplayer title. For passive, think Dark Souls. For active, think every Modern Warfare ever.

While details for Destiny are sketchy, IGN found leaked court documents that suggest a release date of 2013, 2015, 2017 and 2019. Not one, but four Destiny‘s to look forward to. Also, Destiny will appear on Xbox 360 and “the next successor console platform released by Microsoft”. Go big or go home, is what Bungie would say if it was a preteen idiot. 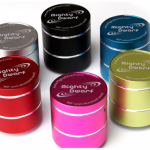