Nintendo’s Wii U launched last week, so that’s all people want to hear about, but there was a few other things that happened as well. Here’s a breakdown of all the news that matters over the past week.

In its first week on sale in the US, the Wii U has moved some 400 000 units. Nintendo president Reggie Fils-Aime has assured potential shoppers that the Wii U won’t suffer from the same shortages the Wii experienced in 2008, claiming the company has learned its lessons. “Wii U is essentially sold out of retail and we are doing our best to continually replenish stock,” Fils-Aime said. “Retailers are also doing their best to get the product to store shelves. But as soon as product hits retail, they’re selling out immediately.” Rumours of a Wii Mini came as a surprise in late November and were confirmed shortly after. Adding a third shock to the news, comes word that the red and black Wii Mini will be sold first in Canada for a budget price of US$99.

When Bungie ceased its partnership with Microsoft, all anyone wanted to know was what new project Bungie would crack out next. Not long after, the title for the project was confirmed to be Destiny. A recent leak has revealed even more, though still vague, details about the game. Destiny will take place on a ruined earth, where a mysterious spaceship appears to seemingly protect the planet from alien invaders.

Nintendo issued an apology for its new console’s massive day one update. In order for Wii U owners to take advantage of the console’s online features, a mandatory 5GB update is required. Nintendo president Satoru Iwata offered an apology about the unfortunate circumstance.

“I feel very sorry for the fact that purchasers of Wii U have to experience a network update which takes such a long time, and that there are the services which were not available at the hardware’s launch.” Iwata said

A patent for a new Sony controller reveals that the company may be developing a hybrid device that will combine the functionality of the Dualshock 3 and the Move motion controller. Though Sony have not officially commented on the patent, speculation is that the controller will most likely be for the upcoming PlayStation 4. 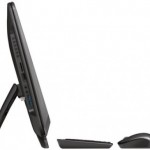