More
Home
Subscribe
Skip
Continue in 10 seconds
Skip
By Pippa Tshabalala
Read nextHuawei G520: the smartphone where you get what you pay for 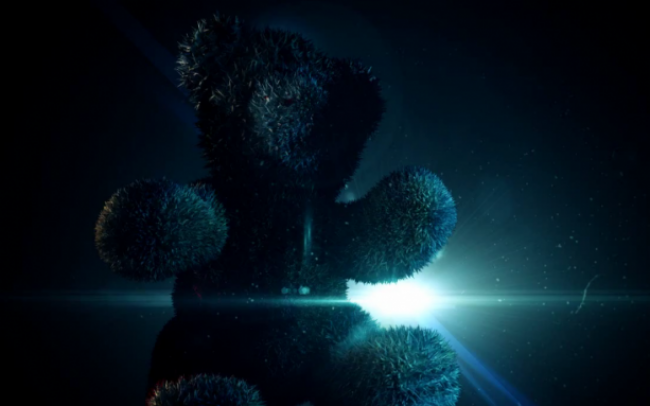 This time of year has a serious lack of new releases. I’m not sure if people are still playing through the mass of games that are released towards the end of year, but January, even right up until March is a seriously dry gaming period, with perhaps only one or two titles that I find interesting.

Luckily, for those of us who love these things, indie games provide a great alternative to AAA titles. And although January still doesn’t offer us much in this arena either, there are some amazing indie games apparently set for release this year that are on my list of 2013’s Most Anticipated Indie Games. Yes, capitalised.

The only real issue with this list of course is that they may or may not be released this year as the release dates for the small devs that produce indie games are even more flexible than their big daddy counterparts.

Anyway, so these are the indie games I’m most looking forward to in 2013. If they come out. The list is by no means exhaustive, but it encompasses the games that I’ve either been following in development for a while, or the ones that I took one look at and thought, “I have to play THAT!”

So without further ado, in no particular order…

You play as a small owl boy called Otus from the floating village of Vellie, which is under attack from sky pirates. This alone makes me want to play it, however for those of you who need a little more motivation maybe you’ll be drawn in with the pixel art look and feel of this gorgeous adventure game platformer. Explore large dungeons, uncover items and get other characters to aid you in your quest. Since you are in fact an owl, the ability to fly is incredibly useful as you freely roam the skies. Like so many games, I’ve gotten used to the disappointing news that it’s been delayed, but there are promises of 2013. We can only hope.

Jonathan Blow, creator of Braid, has a new game in the works called The Witness. If you’ve followed his work at all you’ll know that this has been in development for a number of years, and honestly, we can really only hope that it comes out this year. Blow is the master of puzzle based games and The Witness promises puzzles of a mind-bending nature. All that’s really known about the game is that the player must use panes upon which a maze is etched. To get through the maze you must draw a line through it, matching up parts of the background as you go, which eventually unlocks part of a bigger structure. Apparently there are nearly 500 puzzles at the moment, so when it eventually comes out I’m pretty sure you’ll get your moneys worth!

If you played Amnesia, you’ll probably remember how terrifying it is. Well, be prepared for it to begin all over again – Amnesia: A Machine for Pigs is the next game in the saga, and if the trailer is anything to go by, you’ll probably be wetting the bed and calling for your mommy. Wealthy Oswald Mandus has returned home after a disastrous expedition to Mexico, haunted by dreams of a dark machine. He regains consciousness with no idea how much time has passed since his last memory and although he’s in his own bed, beneath him an engine roars into life…

I’ve always been a fan of music related games, like Pugs Luv Beats, and SARCIA appeals to me on every level. SARCIA is an adventure game set in a mysterious land (aren’t they all?), but you play as a creature who is trying to learn to communicate with the other inhabitants of the land and discovers that music is the easiest way to communicate while at the same time learning their language. Solve puzzles and go on a wonderful magical journey.

Keeping in the vein of horror games, Asylum is set within the Hanwell Mental Institute, and developer Agustin Cordes has done an amazing job of capturing the creepy ambience of this location. This classic horror adventure game focuses on finding a specific item before being able to progress, or perhaps discovering something about a character. The game’s location is based on the blueprints of real asylums, so there is a sense of the real that imbues the game. Disturbing and yet alluring at the same time.

I’ve always had a fascination with Greek Mythology, and so it doesn’t really surprise me that I’m attracted to a game like Apotheon. A side scrolling combat game by Alientrap, this Greek inspired game is looking super! Throw spears at enemies, use your shield to block attacks, hack people to bits, and look at the amazing art while doing it. Oh story wise, Hera, the queen of Olympus has overthrown her husband Zeus and launches a murderous campaign on mortals as she attempts to scour us from the Earth. You must infiltrate Mount Olympus and end this madness! Intrigue, Blood, Gods, Men! My cup of tea.

Gory fighting game Charlie Murder is by the developers of The Dishwasher, an awesome vampire hack ‘n slash extravaganza. The two opponents in the case of this game are rival metal bands intent on bludgeoning the other to death. They can cast spells using Anar-chi (I love this!) as well as use their limbs and the environment to defeat their opponents. With an original and distinctive art style, this co-oop brawler looks like it’s going to be loads of fun!

With it’s glowing green corridors and creepy noises, you’d be forgiven for thinking STASIS was purely a horror game. It’s also seems as if it’s going to be a brilliant classic adventure game as well however, with some pretty awesome puzzles, an isometric viewpoint and a riveting narrative. John Maracheck awakens in an abandoned research facility with no idea how he got there. Something lurks in the green, glowing corridors as he must discover where his wife and kids are.

What would a list like this be without a zombie game? And Project Zomboid isn’t your run of the mill, blow the zombies brains out video game. There is no winning in this game. There is simply clinging on to life as long as humanly possible, and hope that your fragile human body doesn’t succumb to starvation, disease or possibly a psychological breakdown. Food is getting scarcer, the zombies are relentless, and all it takes is one small misstep… Are you infected? It’s a nerve-wracking game that is high on my “To Play” list.

And lastly, Gunpoint is a game I’ve been following with interest for some time. Another one of those games that may or may not come out this year, but I played a demo version some time last year and it was immensely enjoyable. A sidescrolling puzzle game where you play a spy, you must infiltrate buildings, hack computers and rewire electronics to achieve your goals. The more I watched the demo, the more excited I became about this game all over again. It’s full of puzzles, fun references to your super trench coat which allows you to leap from buildings without getting hurt, and loads of diving through glass windows to escape.

Read More
Huawei G520: the smartphone where you get what you pay for
Android • 15 Jan 2013
Read More
More