By Steven Norris: grumpy curmudgeon
Read nextGet stuck into the top games of 2013 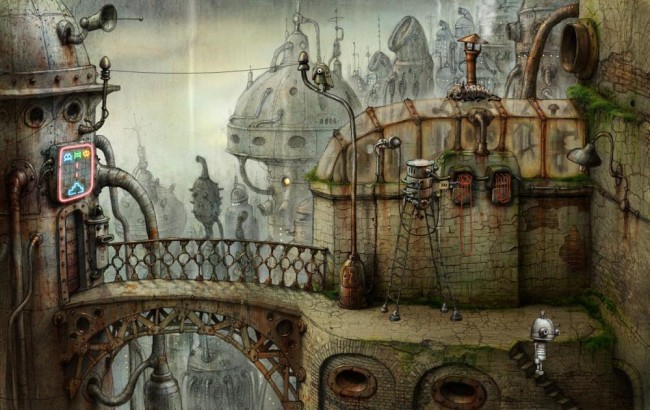 There’s a damn good reason Death Race has been knocking around for so long. It’s an intensely addictive title with very little fluff, just good ‘ol gameplay. Death Race is an effortless joy to play and on higher-specced Android devices it approaches arcade perfection. Race, shoot, kill, standard stuff but done with a lick of class. The insane geniuses behind Game Dev Story have popped out Cafeteria Nipponica and guess what? It’s as addictive as heroin-sprinkled apple pie. It’s all the same formula. Build up, hire staff, upgrade equipment, rinse repeat. But it’s the stories within stories that drives the rhythmic beauty of Cafeteria Nipponica. Tiny little lives held in the palm of our hands. Succulent 8-bit graphics and bouncy tunes rounds out an exceptional kitchen simulation. 8Bit Ninja’s a weird one. Dodge fruit, and not much else. Controls are stripped to the bare minimum. Hell, it surprises us that there are even controls in a game this sparse. Dodge dropped fruit, move left and right, sometimes shoot a ninja star for laughs. It makes it to our list because it’s supremely addictive. If Fruit Ninja is Zen, this is Taoism.

A unique sketched-out art style brings Gunman Clive to life. It’s not the most original game ever made, but no titles is anymore, yet what it lacks in ambition it makes up for it in sheer playability. Run and gun in this oddly difficult platformer and try to survive 16 levels of escalating difficulty. The sketchy graphics are dreamy and well worth the two-dollah entry point. Dead Space is an unimaginable feat made real and extremely playable. How EA squeezed a full console experience into Android and iOS is beyond us. Whatever the case, Dead Space is superb. On a tablet such as the Xoom 2, Dead Space is as close to the console version as can be. Until Dead Space 2, this ones going to remain as one of the best space-horror-survival-shooters of all time on mobile. Kairobotica plays into the beauty of Japanese insanity. Strip away the explosions and crying robots, what remains is a very standard simulation with a healthy dose of RPG action. Again, this is another game from the makers of Game Dev Story and similar ilk so expect raw fingers after hours and weeks of tapping. There’s also a plot of sorts, but lord help us if we could figure it out. Something about cuteness? We can’t get enough of this one. It’s the closest to a pinball table we’ll ever experience on Android. While graphically it’s perfection, sound design adds that layer of authenticity which cannot be matched. The clink of the coin, the ping of the balls as it zips around the table and the chirpy, Arcade tunes deliver a pure pinball experience. One downside: most of the pinball tables have to be purchased, but there are a few free ones to mess around with. Our advice, go for the Lucasarts table. Star Wars man…

It’s a hand-painted adventure game that gets prettier the more you play it. Sure, there’s Monkey Island, Day of the Tentacle, Beneath a Steel Sky and a thousand more titles to play, but Machinarium is the adventure game for the tablet generation. Combine the sweet yet compelling story, intuitive control scheme and breezy play time into one perfect game. You simply have to own Machinarium. It’s a little scary how addictive Football Manager is. Organising a football team into a cohesive set of superstars is a challenge that someone like myself, who is not a football fan, can enjoy. Tactics are everything and after a few hours of play, the very simple graphics and audio blurs into pure statistics. For those who are fans, Football Manager Handheld 2012 will permanently burn into your retina. Addiction comes in all forms. Drugs, drink, sex and Game Dev Story. For a few minutes at a time, or hours on end Game Dev Story brings the crack-like addiction home in the form of the cutest little 16-bit graphics you’ll ever see. There’s an office, games must be created and sold and the company must grow. It’s fantastically easy to get into and chronicles the history of consoles in one delicate little app

It’s a miracle alone that GTA 3 is running on a portable device. Rockstar has shoehorned in the entire flipping game. That’s a potential 40-hours of murder and car-jacking. The controls stink though, but the technical achievement is amazing. If you’re in it for the long-haul, then consider investing in a bluetooth controller for your humble Android. Or playing Grand Theft Auto III on a tablet. It was only a matter of time before the pigs from Angry Birds got their own title. With over 78-trillion-bazillion downloads, Angry Birds reached the end of its tether months ago. For god’s sakes, Angry Birds Star Wars? At least Bad Piggies is something new. It’s a freeform puzzle title where a pig must be raced to the goal, care of a custom craft. It’s definitely not as random as Angry Birds, and that alone ranks it highly.

PewPew 2 makes us kind of star struck. It’s a Geometry Wars-style shooter with pyrotechnics unseen in most handheld games. It’s a two thumb game, one for moving and one for firing in 360-degree arcs. Unlike most shooters, there’s a campaign mode of sorts glued on, so there’s some purpose outside of smashing high scores. Until Angry Birds Star Wars comes out, this is the “best” Angry Birds game. There is almost no way to avoid this rolling stone of doom now. It’s available on every format, but is most at home on a large-screen Android device. Just give in and download it already. We believe that the next iteration will hit the Nokia 3310.

Not really “Amazing”. More like, “above average Alex”. But don’t take my negative word for it, Amazing Alex has its charms, but in small doses. With well over half-a-million installations, someones playing it. Maybe I’m too simple to grasp the core mechanics. Objects need to be arranged however you like in order to achieve the goal. Pop 10 balloons, make a light switch on, that type of thing. Brainy, but dry. There’s fruit, it’s flung up, you slice it. But it’s the immediacy of Fruit Ninja, combined with the juicy graphics and sounds that ebbs on addiction. Add in surprisingly decent multiplayer game and a host of meaty unlockables to create the perfect level of what humans call “fun”.

Here’s the best feature of Where’s My Water?: the Disney graphics. While it is a fantastic little puzzler, the graphics elevate it far beyond it’s humble setting. Water flows realistically, Swampy the crocodiles snaps away and madness is choreographed like the best cartoons. Plus there’s a fortune of content to be had. For one dollar, Where’s my Water? is a sure-fire winner.

Visually, Blood & Glory: Legend is a treat. Think of Infinity Blade 2, but with less polish and you’re almost there. There’s a nifty plot about betrayal, some keen graphics and easy controls. Plus, it’s free. Gladiators, gore, people screaming. Good times. It’s a highly rated game for a very good reason: it’s a unique puzzle slash Sim City title. A town is built from very little and fluffy bear, amongst other things, are the defenders of your city. So why Triple Town? Structures are built by matching three similar tiles. So it’s a race to find the best tiles, and the most robust structures. A great game overall. Cordy is an insanely impressive platformer without pretense. And it’s very Nintendo in its approach to gameplay. Get to the end of each level by collecting power cells and using your little corded head to open locked doors. It’s all very simple, but plays like a dream.

Spectral Souls is just further proof that full console games can make it to mobile devices without much harm. It’s a tactical RPG, think Final Fantasy Tactics, with the gloss and length of a console game. The story is mind-blowing, mature and an actual highlight for once. Gameplay is kept as simple as possible, but it remains oceans deep,. What was the best time-waster of all time, is now simply an excellent game to pull out on random occasions. It’s just scrabble of course, but with that old social media twist you’ll either love or hate. Random’s, or Facebook friends can be challenged to one-on-one Words With Friends deathmatches. Best part? Words with Friends is a cross-platform game, so friends on PC can challenge those on Android for instance. Simple and addictive, that’s why it’s one of the best casual games of this generation. Possibly the most addictive game on any format, Flight Control is pure fun. Guide little airplanes onto the runway with by drawing a simple line for each plane to follow. Of course, complications arise in the form of multiple airplanes and multiple runways, but that’s all part of the charm. The trippy 70’s music is a particular highlight of a very addictive package. 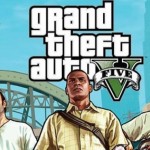