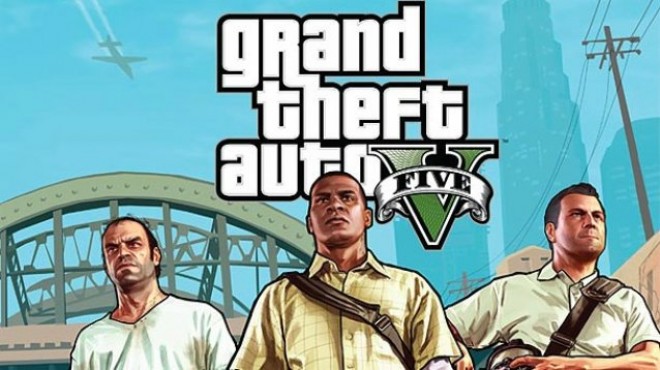 After a year in which almost no original titles came out, 2013 brings the gaming industry back to good form with a strong mix of sequels, expansions and original titles.

Watch Dogs could get overlooked as a futuristic GTA, and that would be a huge shame. Its core mechanic is hacking — and the ability to control the city unlike anything you’ve seen before. Tap into cellphones, control traffic lights and bridges, turn off surveillance cameras and electrical grids, all from a handheld device.

Set in a future in which everything is connected to a network, its themes resonate with current technological advances and trends. Combined with its gameplay elements (cover-system, parkour, stealth) Watch Dogs promises to be the most exiting IP of the upcoming year.

With concept art and background details leaked just the other day, the lid is officially open on studio Bungie’s (Halo) latest franchise.

Although gameplay details are still on the hush, Bungie has stated that Destiny will bring out ‘your inner seven-year old’ alluding to a more light-hearted series than the M-rated Halo franchise. There are reportedly four games planned in the series, with the first one coming out next year.

We’ll await details for now, but Bungie has it all ahead of itself to prove that there is life after Halo.

The third Bioshock game is not going to be set in Rapture. Instead it takes place on the floating air-city of Columbia in 1912. You play as Booker, a former Pinkerton agent, who is sent in to rescue Elizabeth — a young woman who can manipulate the space-time continuum — a handy ally indeed.

Striking art design, an intriguing storyline and traditional Bioshock gameplay mechanics are all reasons to get giddy about Infinite.

Later segments see you team up with Elizabeth, promising exhilarating moments where weapons, psychokinetic abilities and her powers combine. February 26 can’t come soon enough as we could well have a gem on our hands.

There’s not much to say about Starcraft 2: Heart of the Swarm other than buy it.

The expansion includes the 20-mission Zerg campaign, seven new multiplayer units, and various multiplayer changes. The beta is out and it looks fantastic, the animations are smoother and the new units look set to change the game, like all good expansions should.

Blizzard have barely stepped a foot wrong with the Starcraft universe, and there is no evidence to suggest that they are going to start with Heart of the Swarm.

The Last of Us (PS3 exclusive)

Naughty Dog’s follow-up to the Uncharted series looks brutal, grisly even. This is survival horror at its most visceral.

Using the co-op play made famous in Ico (and later Uncharted) the player controls Joel, a hardened survivor, and the AI controls Ellie, the Ellen Page look-a-like tough teenage girl. Together they must navigate a post-apocalyptic world where a fungus has infected the human brain, causing people to become zombies.

Every encounter is a threat, as fellow survivors as well as the Infected are your enemies – luckily there is gunfighting, melee combat, and cover and stealth options to help you along the way. With the creators expressing a desire to raise the standard of storytelling in games, I’m excited to see how it all comes together.

2013’s Tomb Raider is the only proper reboot on this list… and it’s a prequel.

This is Lara Begins.

The top-down reworking of the popular franchise follows the origin story of how Lara changed from a young woman into the hardened adventurer that we all know and love. The game will be dark and gritty (like all good reboots right?) with an M-rating. New gameplay elements include quick-time events, cover-system, stealth, environmental interactivity and hunting.

Now we just have to wait for Lara Rises — the story of how Lara Croft loses a leg and her wealth, only to question her unfulfilling life of endless adventuring… can she be reborn anew?

The Walking Dead: Survival Instinct should not be confused with the quite excellent Telltale Games’ The Walking Dead. While the latter is an episodic adventure based on the comic book, the former is a first-person shooter based on the television show.

The game follows brothers Daryl and Merle Dixon as they travel from Georgia to Atlanta before the events of the TV show.

You play as Daryl while Merle is one of many companions. These companions, or NPCs, all have unique skills that can aid you along the way. Picking which NPC to join you on a mission will be one of the tactics you need to employ to survive the walkers.

The gameplay centres on navigating the environment, resource management, shooting (of course) and narrative aspects. I have my doubts about this title, but regardless of its quality, it’s bound to be popular given its source material.

Dead Space and its brilliant sequel are two of the scariest single-player games available on current platforms. So when Dead Space 3 was announced to have co-op play, fans around the world flinched in concern.

Thankfully this is co-op done right. Not only is the classic single-player campaign fully intact, but if a friend wishes to join, they simply drop in and out of action without hampering the experience. The new character, John Carver, is a solider with a sordid past (didn’t see that one coming).

Carver’s traumatic history means that he sees things Isaac cannot. So when two players are in, the campaign has ‘additional story elements, cut-scenes and battle strategies’. And so the co-op campaign offers a different experience to the single-player one, rather than replacing it.

Add in the work bench where you craft your own weapons, and the classic Dead Space gameplay, and I think we’ve got a winner on our hands. Let’s just hope once the last Necromorph is dismembered Isaac can finally take a holiday.

Beyond kicked up a fuss at E3 as its ground-breaking motion capture technology and lead star Ellen Page (Juno, Inception) put it firmly on 2013’s gaming map. Capturing body, face and voice all at the same time – the same technique used in Avatar – affords the possibility of delivering the most cinematic and emotional story in gaming history.

Beyond could boast the best ‘acting’ in a game to date, and start a trend in which more Hollywood A-list actors get involved in the industry. I still think there is a masterpiece in creator David Cage, and Beyond: Two Souls could be just that.

Arguably the most anticipated game of 2013, GTA 5 is going to be big, very big. Reportedly it’s the size of five Red Dead Redemption’s put together… fortunately you can fly again.

There are three playable characters that you can switch between at any time and the trailer suggests a story full of mob hits, gang wars, drug runs and plenty of action. The ultimate goal of the game is to get money, and although you can’t buy property this time around, there is plenty to do. You can gym, go out drinking, browse the in-game internet on your cellphone, and even explore the ocean floor.

GTA 5 is out to show that size does matter – let’s just hope that Rockstar remembers that a strong (main) campaign, and not just a bunch of side missions and extras, is also key to immersing a player into a game world.

South Park: The Stick of Truth