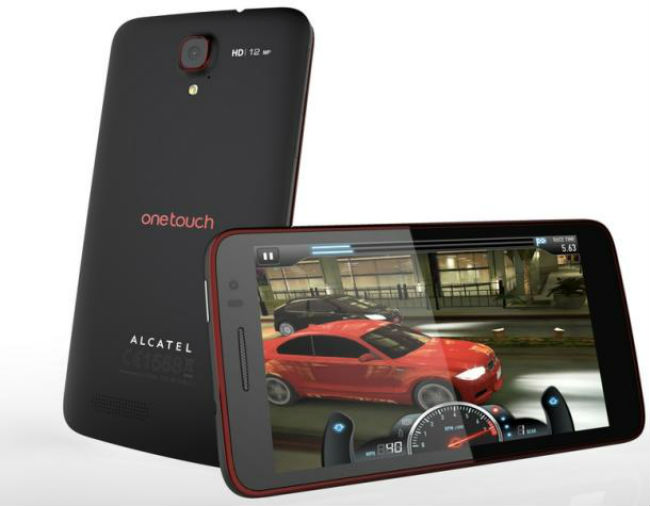 With CES 2013 starting today in Vegas, manufacturers have been pushing the envelope with new products since the new year. Funny enough, the major players have been rather quiet, probably because most chose the end of 2012, just before the silly season, to launch something new. But Nvidia, Visio and specifically Alcatel have been rolling out new products like hot, sticky candy. Alcatel have no fewer than six brand new smartphones and tablets it will display at CES 2013 and here’s 6 reasons why Alcatel seems relevant again. Affordability is key when it comes to smartphones, or rather budget phones. The POP line-up consists of the S’Pop, T’Pop and the X’Pop. The flagship is the X’Pop with a 4.5-inch qHD (960 x 540) display, a dual-core 1GHz CPU, 512MB RAM and Android 4.1. The rear camera will be 5-megapixel with a front facing VGA. It is scheduled to go on sale this month in Asia, Europe and Africa. Steve Jobs started a thing with “thinner and lighter” and people thought he was a bit nuts, but the line of thin and light phones are stacking up. The One Touch Ultra Idol lays claim to be the thinnest at 6.45mm, and is also Alcatel’s flagship model. It boasts a 4.7-inch HD (1,280 x 720) Super AMOLED (read: PenTile) display, a 1.2GHz dual-core CPU, 1GB RAM and Android 4.1. An 8-megapixel rear and a 1.3-megapixel front-facing camera has 720p video capability and goes on sale in China first at US$449. Using the method of selling something even better than it was before, the Evo 7 and Evo 7 HD tablets get a bit of steroids added to their diet. The 7 HD sports a 7-inch WXGA (1,280 x 800) display, 1GB RAM, a dual-core 1.6GHz CPU and Android 4.1 and 4GB of built-in storage, expandable via microSD card. A 3-megapixel rear camera and a front-facing VGA cam complete the slab and will sell for around US$179. This model will have Wifi and Bluetooth, but a 3G and 4G model will be available as well for respectively US$249 and US$349. Pity about the slightly low megapixel camera though.

Taking on the Samsung Galaxy Note II, the One Touch Scribe comes with a stylus and enters the area of “phablet” as we have come to know it by now. With a 5-inch HD (1,280 x 720) IPS display, 1GB RAM and Android 4.1.2 it aims to tackle the Galaxy II with a cheaper price but the same specs. It also brags an 8-megapixel rear shooter, 4GB built-in storage, a microSD card slot and a 2,500mAh battery. The cam on the front will be able to take 720p videos as well. Finally, Alcatel is pushing the camera specs way up with the Scribe X, as it will sport a 1080p display panel, a faster 1.4GHz quad-core processor and a 12-megapixel rear camera. The Scribe HD-LTE will be similar to the Scribe HD, just toned down slightly for affordability.