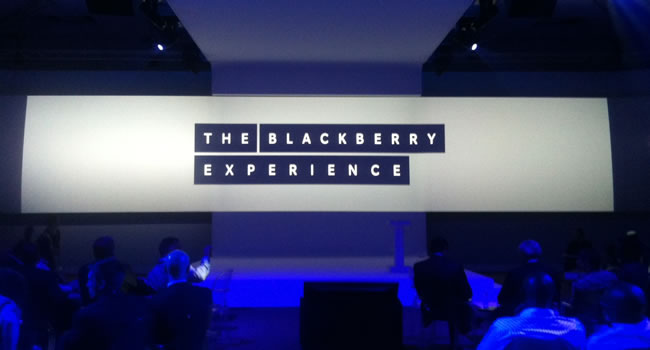 Welcome back, RIM, or shall we say BlackBerry. CEO Thorstein Heins confirmed the rumours. Research In Motion has been renamed and will now be known as BlackBerry.

We had a front-row seat to arguably one of the most anticipated mobile industry product launches in recent times. BlackBerry unleashed BlackBerry 10 today.

BlackBerry held simultaneous launch events in Dubai, Toronto, London, Paris and Johannesburg with video being streamed live from New York. Although the Canadian smartphone maker had a hard time keeping details about its new flagship devices secret in the run-up to launch day, it still managed to reveal a few surprises during its unveiling ceremony.

BlackBerry will launch with two devices. The full-touch BlackBerry Z10 and the QWERTY-touch hybrid Q10. The Z10 features a 4.2-inch, 356PPI display — that’s a 1280 x 768 resolution — and will be available in both black and white. The Q10 has a 3.1-inch, 720 x 720 display, translating into a pixel density of 360PPI. The Q10 also has a unique glass weave back which is “thinner, lighter and stronger than plastic.”

Both models feature 1.5GHz dual core Snapdragon S4 processors with 2GB of RAM, 16GB of internal storage, and an expandable memory card slot. Both have an 8 megapixel camera on the back, 2 megapixel camera on the front, micro HDMI port, removable 1800mAh battery and supports NFC. LTE and HSPA+ models of the Z10 and Q10 include connectivity support for global roaming.

BlackBerry 10 will launch with a range of accessories for both models, including a new BlackBerry Mini Stereo Speaker.

Head of Software Vivek Bhardwaj showed off the BlackBerry 10 OS. The OS didn’t appear to have undergone many cosmetic and feature changes since we last took a look at BlackBerry 10. The multi-tasking demoed was impressive. Bhardwaj played an HD video and was able to keep the video running, while he “peaked” at the BlackBerry Hub — BlackBerry 10’s unified messaging center.

The presentation included a demo of the first ever public BBM video call with BBM Video as well as BBM Screen Share — think Windows Remote Desktop.

BlackBerry showed off Story Maker for the first time. Essentially, it’s a movie app that allows you to pull in images, videos and music to make a video clip — complete with video filters.

Bhardwaj also showed off BlackBerry Remember on the Q10, a good-looking notes application which integrates with other applications on BlackBerry 10 as well as with Evernote.

BlackBerry Balance — functionality that separates your personal and work life — the BlackBerry keyboard with innovative multi-language support and swipe gestures, as well as the time-shift camera with image filters also made another appearance. There will be 70 000 apps available at launch in BlackBerry World. BlackBerry’s VP of Business Development, Marty Mallick, singled out Skype, Amazon Kindle, Whatsapp and Angry Birds. Sadly, neither Instagram nor Flipboard made the cut. Mallick said that BlackBerry World covers 1000 of the “top applications.” If you’re wondering about which movies, music and TV shows will be available in your region check out the summary we published earlier this week.

Heins said that lab testing with 110 carriers will be completed by the end of February. BlackBerry 10 will launch in the UK on the 31st, while the Z10 will be available in the US in March. Canada will see the Z10 on 5 February, and the UAE on 10 February.

In South Africa, both BlackBerry 10 models will launch on all four major carriers (Vodacom, MTN, Cell C and 8ta). We were left in the dark as to pricing availability, but we are told by Rui Brites, Director Product Management for Africa at BlackBerry, that we can expect a launch “very soon.”

Heins said that the Z10 will sell for around US$149.99 on a three-year contract. Off contract, the best indication we have for an unsubsidised retail price comes via the UAE — AED 2599, which is about US$700.

Finally, Alicia Keys was announced as BlackBerry’s new Global Creative Director. Keys will be responsible for working with carriers, content creators and app developers to develop the BlackBerry brand.

While some were skeptical if BlackBerry would be able to execute on BlackBerry 10, today’s launch marks a promising start for the beleaguered smartphone maker. Alexandra Zagury, Managing Director, South & Southern Africa called the launch “one of the most important moments” in BlackBerry’s history. 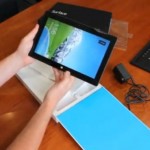