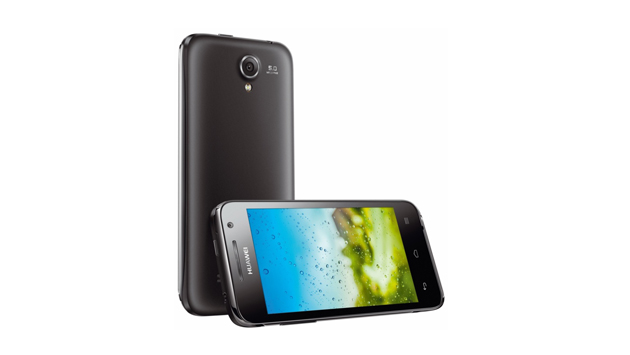 Huawei had a big winner on its hands in the form of the Ascend G300, a phone launched back in the spring of 2012 exclusively through Vodafone in the UK.

Arriving at just under £100 when bought alongside a PAYG SIM card, it offered a surprisingly well made phone with a decent 4″ display.

It quickly gained a huge following among those looking for decent Android performance on a budget, replacing the Orange San Francisco as the top choice for those looking for a great combination of power, style and a price tag substantially less than today’s high-end models.

Now Huawei’s looking to repeat the trick with the Ascend G330. It’s not an entirely new phone, but you get a faster, dual-core processor and a slight external redesign that dumps the G300’s silvery style for a more traditional all black approach.

It’s still a nice, weighty little phone, with Huawei doing a good job of making a 4″ display fit the hand well. It’s not what you’d call stylish, though, with Huawei seemingly intent on cloning the cheaper Samsung models of a couple of years ago.

The display’s a high point, though. It’s bright and sharp and offers the same 480×800 resolution as the old Ascend G300. Icon text is pretty clean and crisp, plus it’s perfectly usable outdoors if you stick the brightness up to full whack.

Huawei’s also beefed up the camera spec by a factor of two, adding a front-facing camera along the top edge of the G330. That’s the telltale sensor there beside the Huawei logo.

The G330 also comes with a proximity sensor in the front to deactivate the display when you’re on a call, plus a sensor to adjust the display’s brightness automatically.

Button and hole location is unchanged on the Ascend G330, so you won’t require lengthy rehabilitation should you be upgrading. The 3.5mm jack and a nice, chunky, easily locatable power button are on the top edge with the USB connector on the bottom, plus the volume up/down toggles on the left.

Android fans will be pleased to see a normal SIM slot and a micro-SD card hole beneath the G330’s back cover, which is a relatively flimsy and bendy plastic affair.

At least it’s easy to lever off, though, with even the most chewed of finger nails able to fit under the slot on the top edge and pop the case open.

The G330 is a nice phone to hold. The rubberised back is grippier than the slippery silvery finish of the G300, making it feel a little more glued to your fingers. Build quality is mixed.

The display’s solid, smooth and responsive, as are the three capacitive buttons, but it tends to creak a bit when you’re pressing the power and volume buttons.

It’s a little bit bland and there’s nothing to love or get excited about, but for £10 a month you can’t really expect glassy backs and spangles and a chassis built by robots on the International Space Station. It’s all about what it can do internally. 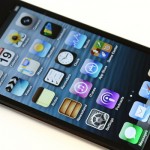