Here’s what Intel has promised the Ultrabook hungry public at CES today:

It all points to one answer, namely allowing the budget conscious user to get in on the Ultrabook action. The Next Web has an excellent statement in this regard, saying that “the line between the two devices will be blurred.” And indeed it will.

A great tablet, such as the Nexus 7 retails for US$199. An incredible tablet with speeds on par with low-end laptops would cost US$599 (for a 32GB iPad 4). Intel has a damaging ace-in-the-hole though, one that will decimate Microsoft’s Surface: some of the Ultrabooks will have detachable keyboards.

That’s right, a full Windows 8 experience as a tablet and a laptop. Surface costs US$499 for the dumbed down Windows RT version, plus another US$120 for the Touch or Type keyboard. How can the Surface even begin to compete with an Ultrabook version of itself? Of course, Surface is aimed at a very specific market (impulse buyers *cough*) and the Ultrabook at another. The detachable-keyboard Ultrabooks will cost from US$799. But then again, a 64GB Surface costs US$820 (with keyboard), so Microsoft loses again.

Not on the software side, as users will get Windows 8 on all new Ultrabooks. This is most likely what Windows 8 needs to pull it out of “holy crap, it’s like Vista all over again” mode. As the headline says, the new Ultrabooks are destined for a release before the end of 2013. So get saving, yet again for the next big thing. 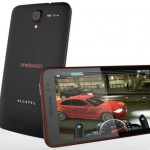