As of today, iOS 6.1 will be available for download across all devices (iPad, iPhone, iPod touch, and Apple TV). The update is running OTA and contains certain improvements and bug fixes.

In the official update information, the improvements are listed as follows:

Further information about this update can be found at Apple support. The previous iOS update, 6.0.1, addressed just a few minor bugs. This new update is considered as a “dot” update, not like the previous “dot dot” iOS 6.0.1. That means it is a pretty major update, especially when it comes to security in Safari and the devices itself. But does that warrant it as a full upgrade? Would this not qualify as just a security fix much like Microsoft’s Patch Tuesday?

Philip Schiller, Apple’s marketing chief, said of the update: “iOS 6 is the world’s most advanced mobile operating system, and with nearly 300 million iPhone, iPad and iPod touch devices on iOS 6 in just five months, it may be the most popular new version of an OS in history. iOS 6.1 brings LTE support to more markets around the world, so even more users can enjoy ultrafast Safari browsing, FaceTime video calls, iCloud services, and iTunes and App Store downloads.”

There was very little news about Apple Maps, but a statement also said that the update will include maps “with Apple-designed cartography, turn-by-turn navigation and Flyover view.” With the recent Apple Maps fiasco, this user will defiantly be giving that a thorough look. (Immediate update: the maps are still a fiasco. You will still get lost, or die on the way).

As usual there is the obvious Apple changes to certain aesthetics, like the playback controls in the lockscreen, as well as some minor changes to Apple’s Passbook. Apple TV users will also now enjoy the option of Bluetooth keyboard compatibility, and the iPhone 5 now has further LTE support especially for travelers. 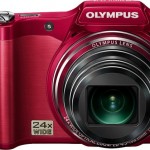