By Steven Norris: grumpy curmudgeon
Read next5 free bacon apps for iOS that will get you licking your chops

Thanks to “industry sources”, the new rumour is that there’s going to be two new iPads by March. Namely a fifth-gen iPad and the iPad Mini 2.

Sources tell us that the iPad 5 will run a newer A6X CPU, and be thinner and lighter, which is what Apple aims for with every new iteration of previous models.

Those hoping for an iPad Mini 2 with Retina Display may have to wait a bit longer for that coveted screen. The iPad Mini 2 is said to have the same shape but with upgraded internal components.

The source also reports that new iPhones are coming in “more sizes” and will launch in May or June. The new iPhones may also have colour options outside of the traditional Slate Black and Silver White. Coincidentally, the new iPhones might be the budget devices that are also rumoured for a release later this year.

None of this is too shocking, what with Apple having quickly scrapped the iPad 3 for the iPad 4 after a mere seven months. The upgrade in iPad’s was technically acceptable, with the A6X CPU clocked at double the speed of the iPad 3’s A5 processor.

Will this swift device update cause a stir amongst existing iPad users? Yes, of course it will, but technology marches on and the possibility of a Retina Display iPad Mini 2 is almost too much to bear. 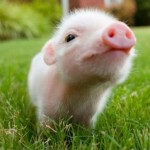