Nvidia, the Santa Clara, California based company is better known for its graphics processing units (GPUs) specifically GeForce. Not content with just filling up other gaming consoles and PC’s, it now has its own gaming console. Think an Xbox controller with a pop-up screen. Sporting a Tegra 4 chipset inside, it has a 5-inch, 720p display with touch capabilities, three 3400mAh (!) rechargeable li-ion batteries capable of up to 10 hours of gaming, run on Android and have a multitude of other specs. This is not just anther fancy Nintendo 3DS. Project Shield, as it is known, is able to connect to your gaming PC which in turn connects to your home entertainment centre. A long route to take but nifty hey? This will allow you to play games on your TV while not even being at your PC. Whoever said the PC is set to disappear should think again. It’s just being incorporated differently.

Obviously there is still some polishing needed to the device, but it is set to be displayed at the CES 2013 event.

This is also worth a watch, namely the full Project Shield presentation from CES. 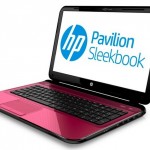