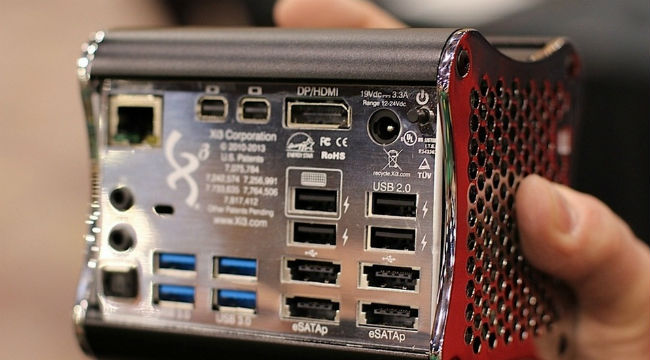 Steam, the gaming platform developed by Valve, has unveiled the “Steam Box” (not the official name but pretty cool), that would allow PC gaming on your TV, and is furthermore optimised for Steam’s HDTV-friendly Big Picture mode.

Information is very scarce on the device, and the unveiling at CES reveals even less. According to Edge-Online, Xi3 said in a press release that the mini pc has been “designed specifically to support both Steam and its Big Picture mode for residential and LAN party computer gaming on larger high-def screens.” Yet there are no release date, virtual display or specs available.

The “Piston”, as it is named, will be based on the existing X7A mini PC, and is probably the first of many to come. Desktop PC’s have been quoted as dying with the new age of mobile computing, but in reality it is actually far from over, and with products like these a revival is more than welcome. The one prevailing aspects of PC is the ever-changing and updating of systems to match the gaming world. And that has become a long and arduous journey that the Steam Box could hopefully stall. The rumour of a “Steam Box” has long been in the making, and the unveiling of the Piston lays enough claim to those rumours.