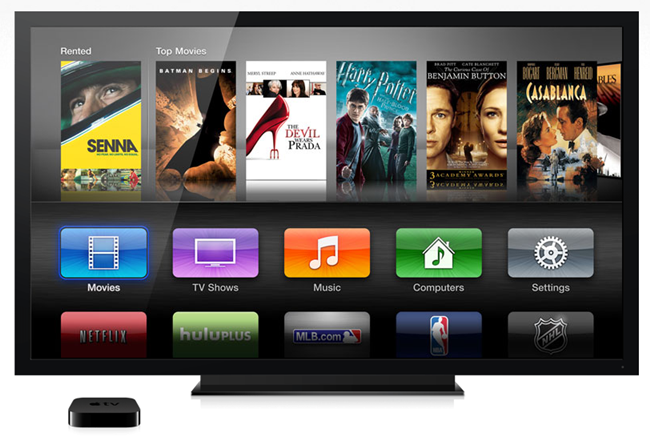 With 2012 done and dusted, our attention turns to the upcoming year and what innovation the major players will bring to the table. One of our tech predictions for 2013, may see Apple entering the television manufacturing market with a self-branded TV set.

The idea of Apple producing a line of televisions shouldn’t seem that foreign a notion, considering the Cupertino based company have all the necessary components to build one. Current Apple CEO Tim Cook hinted at the possibility of the company heading into an industry that he described as “left behind”. In this same interview he also stated that it was “a market that we (Apple) have intense interest in”. So apart from the subtle innuendos from Tim Cook, what else points us towards this prediction? All the pieces of the puzzle

When we break it down, Apple already has all the elements to design and produce its own television. In a recent Wall Street Journal article, Apple were said to be testing TV designs in conjunction with Foxxcon and Sharp. A partnership with these two companies would eliminate a lot of the ground work that Apple would have to invest in to manufacture a TV of its own.

The only thing that Apple would have to bring to the party is a design team to put all the necessary elements together in a sleek package as only Apple can do. I mean, say what you will about the restrictive OS and exorbitant pricing, Apple sure knows how to make something look good.

The company also has its Apple TV product that allows consumers to view content from the iTunes store in 1080p quality. Its AirPlay and iCloud functionality also allows users to view and interact with content on their iDevices and Mac products. So why not expand the functionality of the Apple TV device into a fully fledged self-branded TV and eliminate the middle-man?

This is a mantra that CEO Tim Cook has been bandying about in recent interviews, but what does it actually mean? Essentially Apple want to increase the usage of its products within the viewing sphere of people’s lives. Apple has become part and parcel of the office and work environment experience, so the natural extension would be the living room.

The intention with the creation of a TV, would be a device that the stereotypical nuclear family can interact around. Products like the iPod, iPad and Macbooks are restrictive in their ability to share experience on a large-scale. When was the last time you and your friends crowded around a iPad to view something?

It’s only a matter of time

A victory in the war for the TV would be Apple’s last requisite in securing influence over every aspect of a modern-day persons life. Computer, mobile phone and television. In most first-world countries, the vast majority of individuals interact with at least one of these devices on any given day (if you’re reading this, that means you).

It should be interesting to see how competitors like Samsung and Sony would react to Apple stepping on its turf, the ‘iTV’ looks like a lawsuit waiting to happen. Could the “iTV” be the final piece of the “iExistence” puzzle?