Mark Shuttleworth’s legacy will extend to the mobile sphere as Ubuntu looks to release a “full PC” version for Android phones.

Memeburn, our big brother has already reported on the story, so you can snag the full details there. But in short, Ubuntu for Android will be the complete OS experience, which will even “run well on entry-level smartphones” according to the site.

What we’re going to do right now though, is fill you lot in on the hardware side of life. The chart below outlines the minimum specs required for the Android devices. Only 512MB to run an OS on phone and PC? Saints preserve us. It seems that entry-level Android phones will be unable to run the desktop experience. Makes perfect sense, as a 1Ghz PC would frustrate any user.

Ubuntu mobile OS is going to run in two flavours: an OS for Android, and when docked it transforms into “full” Ubuntu. This concept has been knocking around for decades now, you may know it in another guise, the thin client. A mobile phone running a full OS is nothing new, just ask the Motorola ATRIX. Yet what we have here is possibly the most exciting combo of OS and phone yet.

It’s a PC, but it’s a phone so if you need to make a call or send a text, it’s all built into the Ubuntu experience. And because it’s built around a  typical Android Board Support Package (BSP),  cramming Ubuntu into the phones will be “trivial”. Because it’s Linux, the OS supports not only HTML 5 but apps compiled in OpenGL, QML and Javascript.

The design of the OS is a sight to behold. There’s hundreds of forward-thinking features but the best ones include natural swiping gestures for multitasking and revealing the shortcuts tab, a spotlight search that seems to function exactly like the grown-up version of Ubuntu, a “reinvented inbox” that unifies text, emails and social media, and a cloud-enabled photo gallery.

It’s coming in 2014 according to most sources so enter your contact details here if you’re keen on some mobile Ubuntu love. 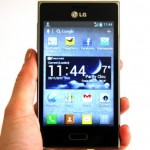