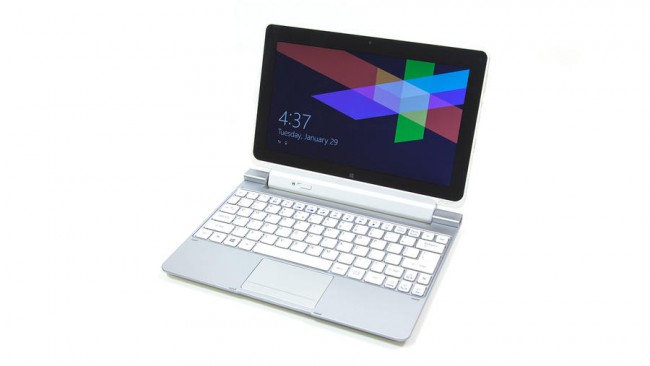 Don’t let the Acer Iconia W510 and its hearty hinge confuse you. It’s a tablet, not one of those convertible laptops you’ve been seeing lately. It may transform into three different modes, but it’s a Windows 8 slate with a keyboard dock, pure and simple.

Why? Because its 10.2-inch form factor and low-wattage Atom processor make it less than functional for all but the most basic computing tasks. Despite running the full version of Windows 8, it has more in common with the Microsoft Surface RT than a true convertible like Lenovo Thinkpad Helix.

The Iconia W510 in tablet, productivity and presentation mode

Our configuration of the Acer Iconia W510 packs a 1.8GHz Intel Atom processor, 2GB of RAM, and a 64GB SSD. It retails for $750, half of what true transformers like the HP Envy X2 go for, but don’t mistake the W510 for a value buy. This is iPad pricing without iPad performance, and for just a $100 more, you could get a more functional, albeit heavier, Windows 8 laptop. Or you could get a sleek Surface RT, preloaded with Microsoft Office.

Though the thought of a full Windows 8 slate, keyboard stand included, might be tempting, the Acer Iconia W510 is not suited to be to the solo computing option for anyone but the lightest of users. It’s meant to be someone’s second or even third device. Portability and battery life are its only true selling points, but its that unfortunate device that’s easy enough to haul, but barely functional enough to justify its presence in your bag.

As we said, the Acer Iconia W510 is not a laptop or ultrabook, it’s a tablet. You can even buy it sans keyboard stand for $500. We wouldn’t want to though, since the stand provides extra battery life and the machine’s only full size USB port.

A light build makes it easy to carry

On the tablet itself there’s mini-HDMI and USB, a microSD port, headphone jack, volume rocker and charging port, so it really can fly solo without the keyboard dock.

The overall design of the Iconia W510 is defined by one thing: size. At just 10.2-inches and weighing less than two pounds, it’s tiny, cute even. While this is an excellent form factor for a tablet, when you drop the W510 into its dock and start to type, you’ll feel its limitation immediately.

Pops off the stand with the slide of a switch

In ultrabook-esque productivity mode, we found the W510’s keyboard annoying and cramped to type on. 11-inches is as small as you can go and still fit a standard laptop keyboard on your machine. Since Acer went below that form factor, some sacrifices have been made. Keys are small, shallow and the touchpad is tiny too.

Banging away on this very review, we often missed keys and always felt as though we were hunched over the thing. Overall, we found the keyboard adequate for email, but not something we’d want to do any real word processing on. Just fifteen minutes or so of composing on the Iconia W510 had us dying to get back to our Lenovo IdeaPad Yoga or MacBook Pro, anything with a full, more functional keyboard.

Home and other keys have been relagated to FN commands

The touchpad is torturous. It’s tiny and sensitive like a gnome with emotional issues. Mousing around, the arrow tended to flit all about the screen any time we applied our pointer finger with anything less than extreme precision. Unless you plan to stick with touching the screen, a wireless travel mouse is a must for the W510. Make sure its bluetooth or you’ll be giving up your only USB port to a wireless dongle.

The touchpad is not also not multi-touch capable. This means no dragging two fingers to scroll a web page or slide the Start Screen. This is a corner that really shouldn’t have been cut, since the shrunken keyboard makes Home, End, Page Up and Page Down keys into function keys. Make sure your travel mouse has a scroll wheel.

Finally, the whole thing is unbalanced. Though the hinge is sturdy and keeps the screen in whatever position you choose, the thing tends to fall overt backwards at anything other than a ninety degree angle. The tablet/screen houses all the internals, outweighing the dock, giving it a tendency to fall over backwards when placed on anything other than a flat desktop. That’s a mighty flaw for a travel-oriented machine.

Review from Techradar.com and is published with permissions. Continue the full review here. 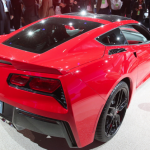