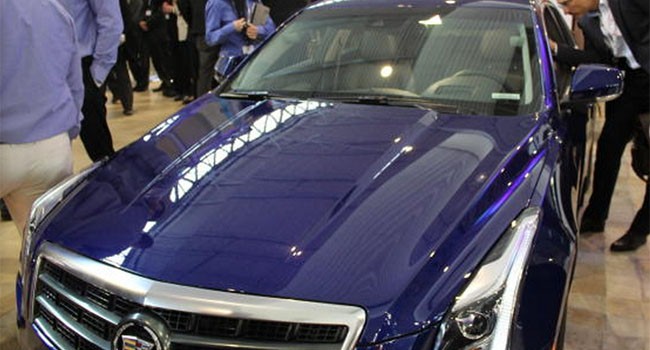 Although just a concept car at this stage, the Cadillac ATC is a prospective look into the future of mobile communication. But we have mobile computing already don’t we? Yes, but we are talking about a “smartcar”, not a smartphone or tablet. Unveiled at the Mobile World Congress (MWC), the car is basically a smartphone on wheels. And if you think about it, it was always going to happen some or other time.

Using the Cadillac ATS as a base model, the car is equipped with a 4G LTE connection from AT&T complete with the 4G AT&T logo on the in-dashboard screen. With a 4G connection, the car will be able to access live streaming television directly from AT&T’s U-Verse, a service that includes broadband Internet, IP telephone, and IPTV services. The cars will also be able to download apps from an app market (there was no mention of which store), and although the apps did not work on this concept model, apps were downloadable. A SIM card is housed in the dashboard with a cellular radio installed in the antenna of the car, enabling the car to also act as a hotspot for other Wi-Fi enabled devices, or possibly even other cars. Security cameras are all over the four sides of the car, and can be directly streamed to a mobile device even if a person is not in the car. If this concept car does eventually see the road, it won’t be of any use in certain states in the US, as U-verse is only available in 22 states at the moment. Yet it is a concept we are sure would take off, and be sure to see more cars in the future follow this route. 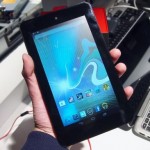