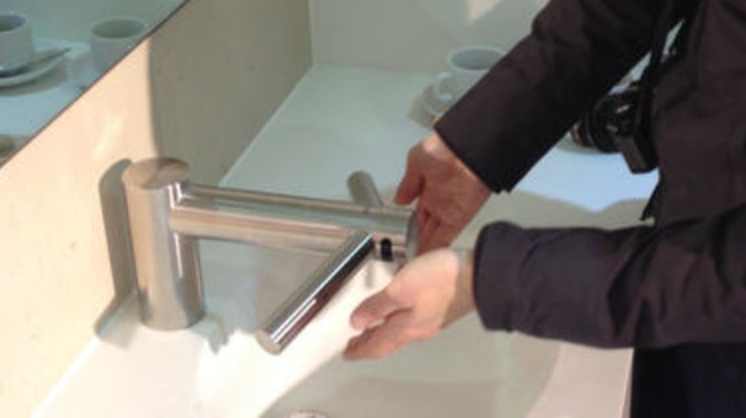 If there’s one thing you should know about TechRadar, it’s that we don’t make a habit of covering industrial tap fittings.

But Dyson’s new device is somewhat different, boasting not only an automatic water outlet, but an automatic hand dryer, too. It’s an evolution of the Wiltshire, UK-based company’s popular Airblade dryers.

The reason they’ve been successful is simple; they’re fast and ideal for places like football stadiums where a lot of people need to get in and out of the toilet quickly.

We popped along to Dyson’s swish offices this morning for a go with the new Dyson Airblade Tap, which costs £1,000 as opposed to the £650 that the Airblade dryer costs.

Here’s a view inside the tap

The new 1600W V4 motor is housed in a white plastic cylinder that goes underneath the sink, with the only visible part being a metal stem plus these ‘handlebars’ (as we’ll call them) which are, essentially, two 430mph Airblade dryers – much the same as you’d find in the Airblade itself. Indeed, the motor used is exactly the same. The big question is whether the Airblade Tap is strictly necessary; after all, is there a problem here to solve? Dyson’s engineers thought so.

The metal used is 304 stainless steel; an anti-corrosion metal used for the construction of boats. Dyson says it tested it rigorously including 16 bar atmospheric testing – enough to make a conventional tap explode. Conventional taps are typically tested at 2 bars of pressure, according to the company.

The V4 motor used in the Airblade

So what was it like to use? The first time we used it, it was much like when we used an Airblade for the first time – slightly confusing. Do you move your hands rapidly? Where is best to put them? With the tap, you first rub your hands together under the central stem, which leads to infrared sensors knowing your hands are in place and then flowing water over them.

This is the bit where we’re washing our hands

Once your hands are wet and you want to dry them, integrated circuitry is supposed to know this, and activates the motor, emitting the two high velocity sheets of air from the tap’s handlebars to dry your hands in 12 seconds.

However, we found the transition from wash to dry a little patchy, and the water continued flowing once despite us removing our hands (the caveat was, of course, that we were trying a prototype according to Dyson’s representatives). You also have to hold your hands out flat and wait for the dryer to start – this is fine, but it will require a bit of work for people to get used to it.

It was a little difficult getting the dryer to activate

There are limitations, too – you can’t change the temperature of the water, which would be necessary for some environments, surely – and you also can’t choose to have the water flow or drying time for a set number of seconds.

The Dyson Airblade is certainly an interesting device. We can see it getting adopted in places such as hotels and stadiums, and maybe even well-to-do homes. But the big question remains – is it necessary? And won’t it just mean that people are queuing for twice as long at the sink rather than in two short queues for the sink and the hand dryer?

How the Dyson Airblade Tap looks from the front 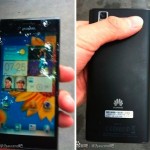