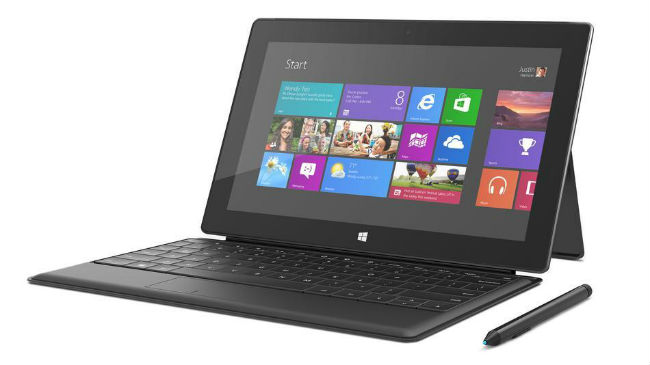 Microsoft Surface Pro reviews have come up on almost all top blogs and news sites. Most of them are about hating this device. Yes, hating it! Only a few of the publications, I suppose, have given us a positive rating for Surface Pro. This is not a review, but a review of the reviews out there, as you read rightly on the title “Meta-Review”. Let’s start. The king of Ultrabooks?
I looked through dozens of reviews of Surface Pro out there, and most of them rant about the battery life and how bulky the tablet is. What I found was appalling to be exact. Most of the reviewers called it a tablet-laptop hybrid, and yet they put it up against other tablets. This is why most of them said ‘the tablet” was bulky and heavy with limited battery life. I want to tell all of them and the smart tablet buyers out there that Surface Pro is not your regular tablet, it is a tablet PC, which is far more than your iPad. More than an iPad? So like, an iPad-pad?
Had these reviewers approached Surface like they would an ultrabook, they would have been pleasantly surprised. Surface Pro performs better than any other tablet or ultrabook out there in the industry and has more app choices than virtually any other platform—including iOS and Android. It is also more portable than the Apple MacBook Air. It is an amazing product that nobody really recognised.

Take a look at some of the reviews.

Wired: Here’s Wired’s review of Surface Pro. Overall a good review, although the backlash was on poor battery life and storage space. And they say it’s pricey. We will see about that later.

ZDNet: Mary Jo Foley of ZDNet was literally hateful of the tablet computer. The hate is due to the heaviness of the device and the low battery life. She has managed to compare the screens of Surface RT and Pro, but fails to even mention an ultrabook in her review. She is absolutely “scratching her head” about who Microsoft thinks of marketing the Surface Pro to.

ABC News: Joanna Stern was really reviewing a tablet when in actual fact, she had a computer in her hands. According to her, Surface Pro is heavy and bulky, and still she handles it pretty adroitly in the video associated with the review.

The Verge: The review pointed out “it’s too big, too fat, and too reliant on its power cable”. Although he gave good rating on various aspects, how David Pierce of The Verge approached the tablet was terrible.

PC World: Again repeating the same mistakes other reviewers did. They also talked about the weight of the tablet. Also, they mentioned the necessity for a Retina Display on Surface Pro (Read this article about the truth behind Retina display).

Why Haters Are Wrong?

Most of the reviewers, as I mentioned earlier, wanted to review a tablet, because Surface Pro comes in a tablet form factor. It looks more like Surface RT than Asus Zenbook or Apple MacBook Air. Hence, they thought they should review a ‘new tablet’ instead of a ‘tablet computer’.

Microsoft Surface Pro is a full-fledged computer, my friends. It can run any of your Windows applications that currently run on your Windows 8 PC. It is faster than any other tablet out there. I am thankful to the reviews done by Engadget, in which they compared the performance of Surface Pro. Also AnandTech has a good review in which they point out the correct things about Surface Pro—such as the great display, amazing performance, and so on.

Surface Pro has its downsides, and it is not the best device you can buy today. But none of those reasons is related to its tablet form factor. Surface Pro has the form factor of a tablet and the performance of an ultrabook, and that is the most important thing.

If you compare it to one of the most popular ultrabooks out there, Apple’s MacBook Air, you get the following…

Comparisons are inevitable
Apple’s MacBook Air is about half a pound heavier than Surface Pro, and is priced at US$999 for the 64GB option (Surface Pro costs slightly more with the keyboard).

MacBook Air is a tablet and doesn’t have touchscreen, and Surface Pro comes with a 10-point multi-touch screen. The screen sizes are similar: MacBook Air is 1-inch larger than Surface Pro, which is not a big deal.

Both have 4GB RAM and sport the same Intel Core i5 processor clocked at 1.7GHz. There is no memory card slot on Air, while Surface Pro has Micro SDXC support. Both have 64/128 GB storage options. Surface Pro comes with a stylus and MacBook Air cannot use any kind of stylus.

In terms of battery life, Surface Pro manages about 4.5 hours per charge, while MacBook Air can go up to 5 hours. Not a great difference, as you can see.

As you can see Surface Pro is on par with or better than the MacBook Air on most aspects.

In terms of performance, all the benchmarks point out Surface Pro performs as much better than the iPad or any other tablet for that matter. Yet, we don’t have any comparison with other ultrabooks, although we’re sure the performance won’t be any bad.

Surface Pro runs Windows 8, which is the full-fledged version running on your PC. It is not the toned down RT found in Surface tablet. It can run full-fledged Windows applications out there. Third-party applications that run on desktop computers will work with this tablet. That’s what you get from it. Why is it twice as pricey as Surface RT? Here’s the answer.

In conclusion, I just would like to say that Surface Pro is better than most of the ultrabooks out there, let alone tablets. It is an improvement over the currently available hardware, and should be seen as such. About the weight of the tablet: you can easily carry a bottle with a liter of water with you, I suppose? If so, Surface Pro weighs almost exactly the same. 1 l water=0.99kgs Surface Pro=0.9kgs. You don’t have to be a bodybuilder to move with it. 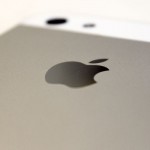