“Sources familiar with Samsung’s plans” have outright confirmed that 14 March is the launch date for a few devices from one of Korea’s most successful companies and one of the devices is widely expected to be the Samsung Galaxy S IV, says The Verge.

The announcement was further cemented by Eldar Murtazin, editor-in-chief for Mobile-review (one of Russia, and perhaps the world’s largest and most reliable mobile phone sites).

Sammobile, another ultra-reliable source, who earlier said that the announcement would be 15 March say that the launch of the S IV will take place in New York. The site also mentions a few specs, which we’ve covered in an earlier article. That their information matches our story is an excellent confirmation of the phones rumored hardware specifications.

The Verge also mentions an interesting point, that Samsung will continue to emphasis unique functionality over raw hardware stats. The S III, when launched tried to dazzle consumers with added extras such as Direct Call and Smart Alert. Despite the functions having some appeal, the S III itself remains the champion thanks to an enormous screen, which the S IV will build on as it’s a rumored 4.99-inches tall. Table or smartphone, only Samsung knows. 14 March, New York. Save the date, Samsung fans. 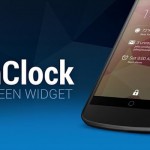