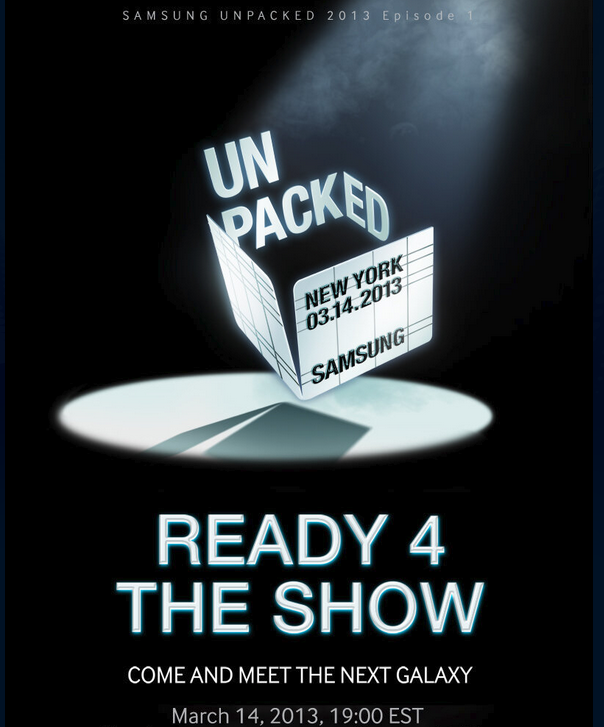 Update: It’s official, this is the invite for the Samsung Unpacked event. It starts at 19:00 EST, which is 02:00pm for everyone in South Africa. Join us live as we blog what will be the launch of yet another excellent Samsung device.

Samsung has said it will release the Galaxy S IV in New York 14 March, according to a Reuters report. The launch will take place in New York, at a “Samsung Unpacked” event as Sammy is now dubbing it.

Samsung Electronics’ mobile division chief JK Shin says that the company has been inundated with requests from US mobile carriers to unveil the new Galaxy S IV. Samsung has been stepping up its advertising campaign in the US since last year with various adverts taking the mickey out of Apple fan boys. There have been plenty of rumours regarding the specs for the new smartphone, but so far the most prevalent ones have been that it will feature a higher resolution screen with a 5-inch 1080p SuperAMOLED Full HD display, a 13-megapixel rear camera, a powerful quad-core Cortex A15 CPU with 2GB RAM and will run on Android 4.2. But these have only been rumours, and we will have to wait till 14 March to see which rumours ring true.

The Galaxy range of phones have been a spectacular cash cow for Samsung, and even though it lost its position at the end of last year to Apple, its global dominance is still higher. Samsung reportedly shipped 100 million Galaxy phones last year, with the S III alone making up 41 million units sold. 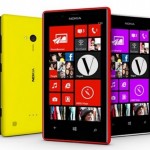