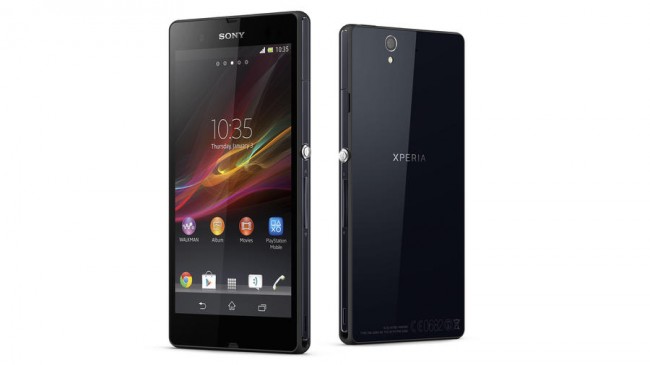 With a cutting-edge camera, a super-slim design and the ability to withstand life’s knocks and bumps (and Android Jelly Bean to boot) the Xperia Z is a phone that’s got us fired up about Sony Mobile again.

Earlier handsets such as the Sony Xperia S and Sony Xperia T were extremely promising from a brand striking out on its own – but it’s with the Xperia Z that Sony is really banking on making a cataclysmic dent in the makeup of the smartphone market.

If you don’t believe us, just look at its marketing hype – Valentine’s Day saw ads on several, consecutive pages of major newspapers in the UK and you can’t pass a billboard without seeing this baby in glorious Technicolor, accompanied by a strong statement that Sony has “reinvented the phone.”

The Android Jelly Bean-toting (albeit only 4.2) Sony Xperia Z comes with some of the best specs on the market – and it’s one of the most eagerly awaited handsets of recent months. Launching before the HTC One orSamsung Galaxy S4, Sony is clearly hoping to steal an early march on its competitors.

And the early signs it will do so are promising: a quad-core 1.5GHz Snaprdragon Krait processor, 13MP camera, 16GB storage (expandable, woohoo!), 2GB RAM, water and dust-resistant, 1080p HD screen with Bravia Engine, LTE, to name a few. You couldn’t make this stuff up – this is the company that had a part in the Satio, after all.

As soon as we took our review unit out of the box, we were mesmerised. This feels and looks like a premium, high quality product. Sony is one of the few manufacturers that can take what is, effectively, a plain black square and make it into something beautiful. Manufactured from piano black, high gloss glass both front and black, it could have come from the same stable as the Google Nexus 4.

Though maybe we are overestimating it, viewing the Sony Xperia Z through geek-tinted goggles – because while we were blown away, others came out with the line that Sony will be hoping doesn’t cross too many punters’ lips: “looks like every other smartphone out there though, doesn’t it?”

One thing the Sony Xperia Z certainly does have in common with every other smartphone out there is the fact that it is a pure magnet for fingerprints. You’ll struggle to keep it clean all day long without either surgical gloves or a can of Mr Sheen in your bag.

As is fast becoming the norm, you can expect to pick the Sony Xperia Z up in white too. On top of that, O2 in the UK is exclusively offering a purple variant.

Coming from something smaller like, say, an iPhone 5, you’ll certainly notice the difference. But it’s amazing how quickly you’ll adapt.

At 146g/5.15oz, it’s by no means the lightest handset out there – but the Sony Xperia Z exudes a heftiness that belies a quality device. It’s on a par with Apple’s offering when it comes to the thickness.

The ports are spread out with the headphone jack up top, the SIM slot and volume rocker on the right – either side of a silver standby button – while both the microSD and charging ports are on the left, alongside contacts for accessories. A watertight port covers each.

The front of the Sony Xperia Z is minimalist – showing off only a Sony logo and front-facing camera. The rear is a little busier, with various tech info printed on it, plus the Sony Xperia logo, an NFC badge, camera light and the all-important lens. That back is stuck fast – as is becoming the custom, you’ll have no luck if you want to remove the battery.

Turn it on, and you’re not disappointed. Coming from the blackness, the 5-inch screen springs into life. Whether or not you’ll like it is down to personal choice.

Some who’ve used the Sony Xperia Z describe the screen as a disappointment because Sony has gone for TFT – albeit with 1080 x 1920 pixels, giving a pixel density of 441ppi, which would explain why it looks a bit washed out. If you’ve come from a Super AMOLED screen you’ll definitely feel the difference.

We’re still fans – this is a razor sharp display from one of the world’s premier screen manufacturers, although it doesn’t have the wow factor of the HTC One‘s Super LCD 3 screen.

The only thing that lets it down is viewing angles – if you look at the Sony Xperia Z’s screen, dead on, it’s sharp enough. If you look at it from the side, it has a strange ability to look incredibly washed out. It’s no huge problem though – unless you like to look at things side on. In which case, see a doctor.

One of the selling points of the Sony Xperia Z is that it is also water resistant. There’s something slightly unnerving about taking a £529 (around US$817/AU$789) phone and dropping it in the sink – but that’s exactly what we did. And it worked absolutely fine.

Clearly, you’ll need to make sure the ports are covered using those watertight protectors, that much goes without saying.

And at £529 (around US$817/AU$789) in the UK, this is not a cheap handset by any stretch of the imagination. It’s actually the same price as the comparable SIM-free 16GB iPhone 5. Now, that’s not to say that Apple product prices should set the benchmark, but considering we’ve often thrown out there that we think iOS devices are hideously overpriced, this is a very brave move from Sony.

Maybe it’s trying to be bold and use the price to show it’s confident the Sony Xperia Z is better than the iPhone.

In fact, the iPhone 5 is the only real competition in its class for now – with the HTC One X and Samsung Galaxy S3 both starting to show their age. Indeed, until the imminent arrival of the new HTC One or Samsung Galaxy S4, this is probably the most advanced Android smartphone out there.

If you don’t want to stump up the cash in one go, monthly contracts are of course available. But again, be willing to sell your grandmother to afford one.

The Sony Xperia Z will not be provided free in the UK unless you sign up for a deal starting at around £37 a month and commit for two years.

This article by  Phil Lavelle appeared on Techradar.com, a Burn Media publishing partner. 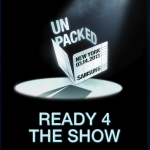