More
Home
Subscribe
Skip
Continue in 10 seconds
Skip
By John McCann
Read next5 apps for the bigwig, the CEO, owner of the biggest office 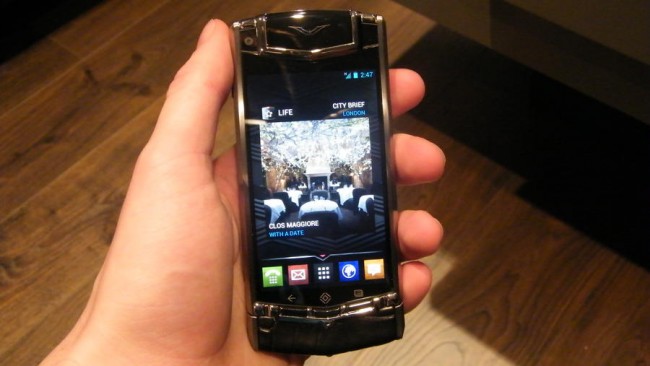 The Vertu Ti is the first Android smartphone from the luxury smartphone maker, although it’s certainly not for everyone.

But is it for me, you ask. Honestly, probably not. Unless that is, you’ve got money coming out of your ears and regularly travel the world.

For you see Vertu has a very focussed market and although it may be a small one in the grand scheme of things, it’s pretty much unrivalled in what it does.

Think of the Vertu Ti as the mobile equivalent to a Mulberry handbag or Rolls Royce Phantom.

Available this month the Ti will be winging its way to Vertu’s stores worldwide, if you fancy divulging.

The Ti signals a new direction for a company which has shed its Finnish backer (it was formerly owned by Nokia) and the accompanying Symbian platform for pastures Google.

For the money you’d expect the Vertu Ti to be challenging the likes of theSamsung Galaxy S3 and HTC One X+ in the features department, however Vertu isn’t in a spec war with the mainstream manufacturers.

There’s no 4G connectivity for super-fast data on the go, but what you do get is access to Vertu’s exclusive Life, Concierge and Certainty services which cater to your every whim.

The handset itself has a unique design which won’t be to everyone’s taste, but it’s certainly distinctive and will stand out among the sea of Apple and Samsung products no doubt littering boardrooms these days.

Pick it up and you’ll notice its got quite a heft to it, even with its polished Titanium case which apparently offers optimised weight, but at least it feels like an expensive device and not a cheap toy.

It’s chunky too, so popping it into a shirt pocket won’t be ideal and means it doesn’t fit particularly well in the hand, especially when you compare it to the super slim and light iPhone 5.

The exposed screws which features in various places on the Vertu Ti and leather accents exude an industrial, masculine vibe, plus all that shiny metal and the swath of glass covering the 3.7-inch display are magnets for finger prints.

We found ourselves constantly wiping the Vertu Ti as the build up of prints makes it look pretty grubby in next to no time.

Vertu are making a song and dance after the glass protecting the screen on the Ti, it’s apparently the largest sapphire crystal screen ever made and it’s claimed to be four times stronger than rivals. We’d have love to put it to the test, but alas that wasn’t allowed – strange.

Up top there’s a power/lock key which we found to be a little tricky to hit as it sits slightly indented into the chassis meaning you can’t just tap it quickly, requiring a concerted effort to ensure a proper connection.

On the right you’ll find volume keys which are thankfully easier to manipulate, above which is the headphone jack.

It seems to be an odd place to locate the headphone port as it will make the Vertu Ti difficult to put in a pocket with the cable poking out the side. We’d have much preferred it to be located on the top or bottom.

On the left you get a centralised microUSB port plus an additional key which isn’t a camera shutter button but a quick link to the dedicated Vertu area on the Ti.

Give it a press and the Vertu menu pops up allowing you to quickly access the Life, Concierge and Certainty services.

A vast amount of the cost, we assume, goes towards paying for these services which you get for two years after which you’ll need to renew your subscription, at what we expect to be a similarly highly priced rate.

While these services are pretty much lost on us, we can appreciate that for some they will be a godsend.

Life is pretty much a high brow Groupon, offering exclusive deals and recommendations nearby and around world, while Certainty provides technical support, secure protection for your data and personal security.

The Concierge service is what Vertu is most well known for and on the Ti you can contact the firm’s exclusive assistance via 24/7 voice, email and live chat, with a dedicated team ready to answer to your every beck and call.

Round the back the Vertu Ti is predominantly leather, which does provide some grip and the finish can vary depending on how much you’re willing to pay.

There is a sizable metal square breaking up the cow hide, housing the Ti’s 8MP camera and single LED flash, but that’s not all.

Between the lens and flash is a small handle which you can flick up to release the flap below which bears the Vertu logo.

It’s a bit fiddly to unclasp thanks to the small size, but once we’d managed to flick it up the hatch popped off to reveal a full size SIM card slot.

There’s no expandable storage option, but with 64GB built into the Vertu Ti that isn’t much of a problem, but the lack of access to the 1250mAh battery may be an issue for some.

Every Vertu Ti is handmade in England and testament to this can be found on the back of the hatch, with the signature of the chap who put your phone together etched onto its rear.

Once we’d manage to press the lock key on top of the Vertu Ti the 3.7-inch display came to life providing a crisp, bright display, but it’s not as stunning as Apple’s Retina offering or the Super AMOLED tech we see on Samsung’s smartphones.

Luckily Vertu hasn’t tampered with Google’s setup too much, providing some custom wallpapers, widgets, ringtones and app icons but leaving the majority of the ICS platform untouched.

The dual-core processor has no trouble chugging through Android and we could easily slide through the homescreens and browse the pages of apps without any hint of slow down.

Apps loaded in good time, while the multi-tasking menu can be accessed by holding down the physical home key below the screen.

The home key is accompanied by physical back and menu keys, which we found to be a little too close together and not the easiest to hit, slowing down our user experience.

The camera app loaded up relatively swiftly and we were pleased to see it was the stock Android offering, giving you an clear and concise shooting experience.

Unfortunately the shutter speed on the Vertu Ti was disappointingly slow, and images didn’t look great with blurred shots and generally grainy results produced in our admittedly poorly lit surroundings.

On the plus side there is a decent panorama mode available, plus the 8MP camera round the back can shoot 1080p video.

The Vertu Ti comes equipped with the stock Android browser and Google’s Chrome both of which are perfectly capable options, although we were unable to test the surfing speed as there was a lack of web connection in the underground event space.

We’ve become accustomed to large screens on mobile phones and even Apple has woken up and managed to squeeze a 4-inch offering on the iPhone 5, which leaves the 3.7-inch display on the Vertu Ti feeling a tad small.

This became more noticeable when we came to using the keyboard, as the keys felt cramped and although the default Android input method was present we did make a few mistakes as we tapped out some messages.

It’s not the end of the world and with the Google Play store on the handset you can easily download a better version in next to no time – we recommend SwiftKey if you fancy taking a look.

Video playback also suffers slightly from the smaller screen and while it’s perfectly fine for general usage you can notice a lack of quality if you’re watching a movie.

This won’t be an issue if the Vertu Ti had a price tag which reflected its specifications, but for the money you actually need to stump up we kind of hoped it could match the likes of the iPhone 5 and Sony Xperia Z.

The same feeling extends across the whole device because when you consider that price tag we can’t get our heads around why the Vertu Ti doesn’t challenge the big guns in the mobile market.

Sure it’s not Vertu’s plan to take them on, but if you’re paying top dollar surely you expect the best?

As we said at the start the Vertu Ti isn’t for everyone, in fact it’s for very few.

Those who want a device which will make a statement and give them the reassurance that there’s always someone on the end of the line to book them a taxi from the airport, find them a restaurant to eat at or direct them to the nearest public toilet.

Vertu was never planning on aiming the Ti at the mainstream market, hardly a surprise given the sky high price and lavish materials used in its construction, but we can’t help but think people are being taken for a bit of a ride when you can get a more powerful, more feature packed smartphone for £500.

This article by  John McCann appeared on Techradar.com, a Burn Media publishing partner. 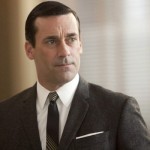