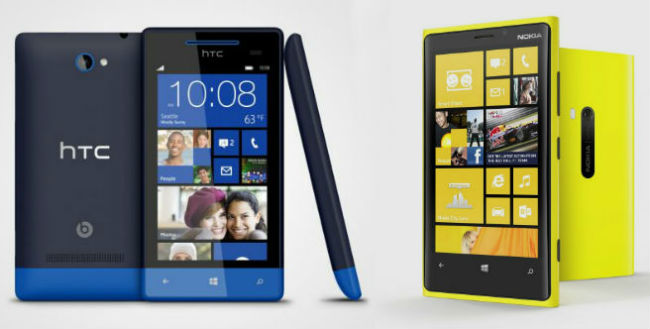 Windows Phone 8 devices will be available from 6 February in the UK via Vodafone. The Nokia Lumia 920, 820 and 620, as well as the HTC 8X and 8S (Vodafone calls it the ‘new Windows Phone 8 army’), will be the new models that will take the move forward.

With the Nokia Lumia 920 and the HTC 8X, Vodafone and Microsoft have two smartphones that can compete with the best in the high scale. The Lumia has the edge slightly with Nokia Maps, City lens, and it’s PureView camera that “captures images like never seen before”, yet the HTC is not far behind with a slimmer and compact business-like model.

Vodafone certainly looks to corner the market with these offerings and it’s a larger collection than the blog post last year suggested. Could it be that Microsoft saw a potential here? It would definitely seem so.

The Vodafone collection of Windows phones are more than its competitors, with Three carrying the two HTC’s and the Lumia 920 and 620. But where is the Samsung Ativ S some would ask? With such impressive specs and also running on Windows Phone 8 it is a bit of a surprise to not see it there.