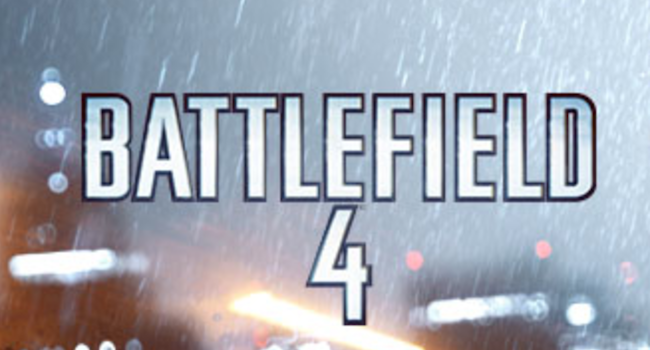 Battlefield 4 (BF4) is coming to Xbox 360, PC and PS3 this September (no news on next-gen consoles). It’s the most polished multiplayer shooter of its generation, and DICE/EA says “Battlefield 4 [is a] New Benchmark in Game Design, Multiplayer Engagement”. Pretty horrible PR tagline for an insanely fun online shooter. Watch the 17-minute gameplay demo first:

It’s the prologue of the game, running on a very powerful PC. And look, it’s listed on Origin, EA’s online store.

DICE and EA are promising us a more social single player game (offline stats tracked and ranked against others), which sound horrendous, but perhaps single-player mode will benefit with the inclusion of these passive, social options. The single player sounds and looks more interesting this time around, but we feel the heavy-handed player guiding employed in Battlefield 3 will creep back into BF4.

So it’s up to the multiplayer then to save the day. Powered now by the Frostbite 3 engine, BF4 will be nothing if not gorgeous to look at. There’s going to be a standard and a deluxe edition, but no details have been released yet regarding the differences. For those who order BF4 today, they get the premium expansion pack for free.

“Today’s demo was just the beginning — we have so much more in store,” says Patrick Soderlund, Executive Vice President, EA Games as he revealed the game at the 2013 Game Developers Conference. “It is thrilling to witness people’s reaction when seeing the game for the first time. It really makes you realize that we are at the beginning of a whole new era for gaming.”

It’s fun to watch DICE slowly evolve its most-loved multiplayer game over the years. Watching the facial animation in BF4 is proof of DICE’s commitment to high-end hardware. BF4 is going to need a beast of a PC to run on, and we shudder to think how poorly the textures will appear on Xbox or PS3. The next-gen hardware of the PS4 and Durango will keep it ticking along nicely.

Sound direction as usual, is excellent. BF championed positional audio and realistic sound effects. It’s heard instantly in the beginning, as the four-man team is trapped underwater by the creaking glass. Some swearing, a bullet shot and we jump back in time 14 minutes ago to a waterlogged school. “Find the safe house” the screen flashes and from the looks of it, the UI has not been massively overhauled, except for the social single player aspect in the top right corner.

The audio continues to ramp up the tension and as the player walks out of the gloom, exquisite shards of light penetrate through the flaps in curtains, with wind realistically billowing the rags on the wall. It’s a trick most games are capable of, but BF4 weaves this into a believable whole.

After a quick chat with your team, the game kicks off into proper action mode. Boards are torn down the wall as the mission begins. It’s just a shooting gallery, but watching “Irish” (a teammate you need to save) punch a dog in the face is a blessing only games can deliver. The shooting is as solid as ever, with a new take on the iron-sight mode: BF4 seems to let players freely swap from a scoped view to a down-the-barrell shot without having to leave iron-sight mode. And then it’s straight into the lushest jungle since Far Cry 3. Again, the sound of the wind rustling through the tress really brings the whole scenario home. As the video continues, the social aspect constantly displays friends progress and tracks records the player has achieved. It’s seeming a little cooler now.

When the solider reach an open field, thick with seagulls and shining with a slick layer of water, the power of BF4 is instantly seen. BF4 is known for its outside areas, and wrecked scene brings hope to any who would doubt the power of DICE’s creative team. Destructive scenery takes a front seat now, as the player blows a hole through a wall in order to strafe behind a jeep with a mounted machine-gun. Already, this shows us that BF4 is less linear than its predecessor.

That’s when the demo spill open its goodies. Driving in the jeep reveals an entire battleground to mess around in. The player in the demo prefers to pepper the field with grenades to remove cover for the enemy infantry. We’d just drive around co-op style and machine gun the suckers. Again, the player dynamically chooses their point of entry. This shotgun happy person sneaks up inside the enemy stronghold and cleared out the bunker, ninja style. As ninja as a shotgun can be.

One insanely impressive airstrike later (both graphically and audibly), and the enemy troop situation is solved. The demo moves forward in time as the four-man troop makes their way through a waterlogged, rundown factory. One helicopter chase later (which suitably demonstrates the new shading and lighting powers of the Frostbite 3 engine) and the best line of the demo emerges: “Jesus, his leg looks like a popped sausage”. It’s heartwarming to hear such rich, friendly banter. This is when the sausage leg is cut off with a press of the “E” key. Just like in real life then.

This is when the end and the beginning of the demo merge into one. Strains of “Total eclipse of the heart” croons out over the radio as the player races through the destroyed city, team in tow. Racing on an ocean cliff, with the wind blowing into the players face and a chopper mowing them down is a final graphical treat before the demo ends. A slow motion grenade shot ends the helicopter’s pesky chase. “Only in Battlefield” squeaks the demo as it ends. What an incredible game it’s going to be.

Anyone who’s pre-ordered Medal of Honor: Warfighter, will get early access to the BF4 multiplayer demo. 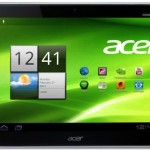