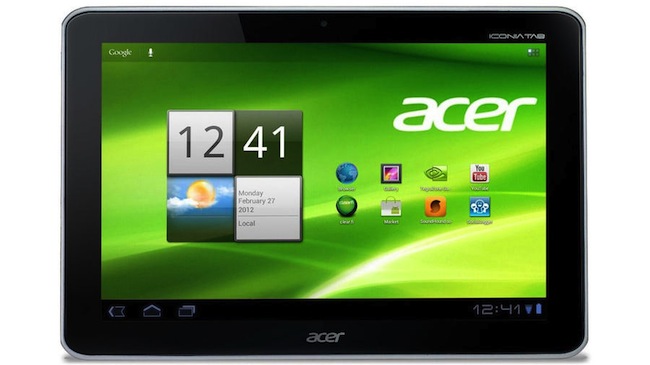 Although it’s still the iPad and, to some extent Samsung’s Galaxy lineup of tablets that grab the headlines, the future looks brightest for good value 10-inch tablets. The Google Nexus is perhaps the front-runner for now, but Acer’s Iconia A210 – a 10.1-inch tablet recently upgraded and now running an updated Android 4.1 Jelly BeanOS — is a great value effort that deserves a second look.

As well as some half-decent speakers, the A210 comes with a very handy USB slot — something that will make life very easy for those who download a lot of video. Who needs complicated cloud-based apps and home networking antics when a USB slot will do the same jobs faster and more reliably?

There are sacrifices to meet the price, but they’re generally wisely made

Shipping with 16GB of storage (an 8GB version is also available), the A210 also has a microSD card slot — though it’s hidden from view – and a 1280 x 800 pixel resolution IPS LCD screen that’s just hi-res enough to show HD footage. Still, with even seven-inch tablets like the Google Nexus 7 andSamsung Galaxy Tab 2 7.0 having the same resolution despite being many times smaller in terms of screen real estate, that must be judged poor value.

It’s not high-end, but the soft-touch plastic back is pleasingly grippy

The A210 is all about creating a 10-inch tablet at a good price, and although that inevitably means some corners have been cut, these are fewer than we’d expected. Hardware-wise the A210 measures 159 x 175 x 12.4mm and weighs 659g. Two small speakers are mounted — oddly, perhaps — on the back of the A210, a soft-touch plastic that’s hardly high-end but offers more grip than it looks like it should.

The strongly curved corners help too, and while the 18mm black screen surround is larger than we’d like, it does help add to the perceived contrast of video. The rush to have tablets and smartphones with super-slim bezels does seem to forget that. The top left-hand corner has an Iconia Tab logo, with the main Acer logo at the bottom of the screen.

The microSD slot is one of the A210’s biggest advantages

While this lowest edge of the product is otherwise clean, the left-hand side houses that USB 2.0 slot, a microUSB slot (there’s also a cable in the box), a headphones jack, a standby switch, and a covered area that shields a microSD slot (that can take maximum 32GB microSDHC cards) and a reset button.

On the top of the screen is the volume rocker, an orientation lock button and the A210’s mono microphone. On the right-hand side is the last remaining input, for power, though we’d like to have seen this removed in favour of charging via microUSB – that way, we could take one fewer cable when travelling with the A210. Worse, the power cable supplied is less than a metre in length. The lack of an HDMI output on the A210 will also deter catch-up TV addicts from plumping for the A210; others won’t miss it at all.

Though there is a basic VGA webcam on the front of the A210. Some will bemoan the lack of a camera on the rear. Personally, we’d dismiss that criticism as misunderstanding what a tablet is for: the beauty of the genre is that they can have myriad uses, of course, but photography is surely not one of them. For those looking for a tablet with no extraneous nonsense onboard, the lack of a camera is a stroke of genius.

Perhaps another is the reasonably low resolution. The A210 gets nowhere near the Retina stakes, mustering just a 1280 x 800 pixel resolution, though that’s just enough to host 720p natively.

The A210 has a decent quad-core 1.2GHz processor based on a Nvidia Tegra 3 T30 chipset, has 1GB RAM and includes both WiFi and Bluetooth, as well as GPS. 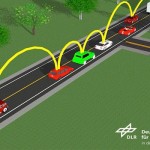