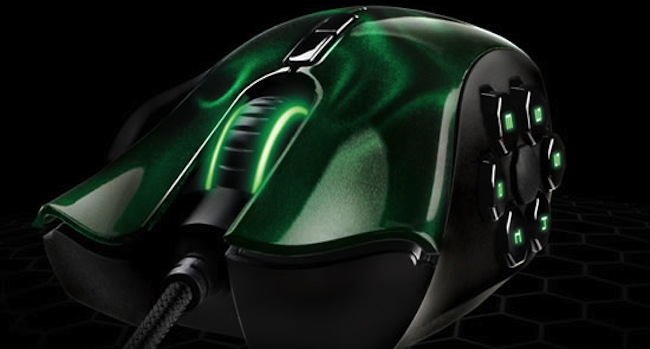 The Naga Hex, Razer’s latest addition to its line of high-end gaming mice, both impresses and frustrates out of the box. With a bit of customisation you can get what you want from the mouse, but for its price tag you’d expect it to be a more streamlined experience.

The Hex is the follow-up to the Naga, an epic mouse designed for MMOs fitted with a 12 button thumb-grid. It looked like you could make a phone call on the Naga if you wanted to. The Hex strips that grid down to six buttons, and places them in a hexagonal shape. This simpler design is made for MOBA and action-RPGs, I wonder if the mouse would spontaneously combust if you tried to play other games with it?

Upon first look the Hex is a great-looking mouse, arguably better looking than the Naga. A glossy plastic covers the top, while matte is there for your thumb and ring finger to nestle upon on the sides.

Besides the six hexagonal mechanical buttons on the left, there is your standard left and right mouse buttons, as well as scroll wheel and forward-backward buttons placed behind the wheel. There are 11 buttons overall at your disposal.

When switched on, the wheel and Razer logo light up to a ruby red. This, combined with the plastic gloss and matte, is complemented by some smooth curves making the Hex one of the best looking mice in the Razer line.

Depending on the grip you use for gaming, you’re either going to love the Hex, or find it somewhat awkward — not to point it being unusable however. The claw grip is most comfortable, followed by the palm and fingertip grips in my opinion because of the pregnant ‘belly’ of the Hex.

The mouse feels good to the touch, and I particularly liked its physical weight. It’s a pity, you couldn’t customise it, but perhaps the Ouroboros has just spoilt us.

The mechanical buttons are assigned to your numerical keys in ‘Basic’ mode (or numpad in ‘Advanced’ mode) and are ordered one-three and then six-four. This positioning makes your grip key, especially for six-four which are towards the back end of the mouse, a touch hard to reach. If you can reach them though, they feel fantastic – responsive and sensitive – like you could click them forever or “10 000 clicks!” (according to the box).

The rest of the buttons also feel great, and at 5600 dpi this is a seriously accurate mouse.

More than a feeling

The Hex performs well in all its intended genres, plus one more. I tested it in DOTA 2, Diablo 3 and Team Fortress 2 for good measure. There is a slight learning curve and you will press the wrong buttons (a lot), using the wrong powers unfortunately. However the Hex does save you microseconds once you get the hang of it. I found it most useful for Diablo, as the game doesn’t punish you for using the wrong powers as much as say DOTA 2, but that is a practice thing. On Team Fortress 2, the thumb grid almost works as well as a mouse-wheel to scroll through weapons, but just from a performance point of view, the sensitivity and accuracy is great for FPS.

I personally found ‘Advanced’ mode to be slower than using the actual numpad on the keyboard… I’m not sure what it is, but maybe it has something to do with humans having two hands.

Synapse 2.0 — Razer’s impressive software — comes in tow with the Hex. Synapse can be used to create profiles (for different games and applications), assign buttons, change the dpi and acceleration as well as controlling the lights and macros. Synapse is key to getting the most out of the Hex, but it also raises my greatest frustration with the mouse: no LOCK function.

Due to the sensitivity of the mechanical thumb grid, you will find yourself pushing the buttons ALL the time, in-game, out of game, it’s impossible not to accidentally press them. Now it’s not a huge problem when playing MOBAs and action-RPGs especially because you are consciously using the buttons, but when using the mouse in other applications, such as Microsoft Word, Photoshop or web-browsing it is annoying to the point of wanting to throw the mouse out of the window.

The first draft of this review was scattered with binary. It’s annoying. The best way around this is to switch the mouse to ‘Advanced’ mode and turn off NUMLOCK on your keyboard. Even that changes the placement of your cursor though, so it’s not a real fix. You could go into Synapse and assign profiles to all the applications you use, but what a chore. The Hex was designed for MOBA and action-RPGs, but for US$70 I would like to be able to use it with other applications too. A simple LOCK function for the thumb grid is all it would take.

The Hex is a great gaming mouse, it works really well for the genres it was advertised to suit, and it’s a really beautiful and accurate mouse otherwise. However, it is a frustrating experience when using it with other applications. If you are a big MOBA or action-RPG gamer and you’re willing to put up with customising ad nauseam, then by all means the Hex will be the only mouse you will ever need. For the rest of us, I hope Razer keeps in mind that people who use their peripheries also need a design that is functional outside of just niche genres of games. I don’t think that is too much to ask. 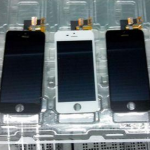