By Steven Norris: grumpy curmudgeon
Read nextPre-order the $760 Sony Xperia ZL now, if you live in the US that is 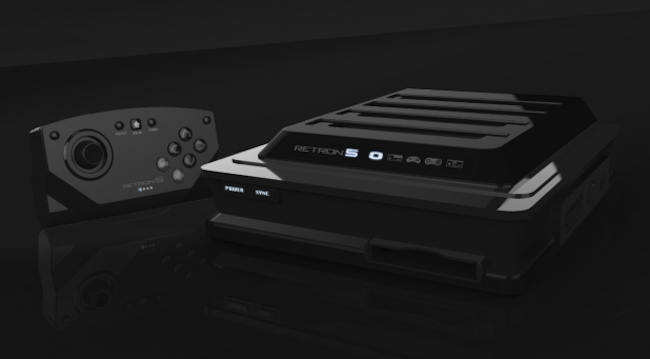 This is fantastic. Retro gaming fans looking to get their Nintendo (NES), Super Nintendo (SNES), Genesis (Mega Drive in the UK), Gameboy Advance and Famicon (Japanese NES) swerve on have the RetroN 5 console to look forward to. Here it is, a five-slot mega-console from the past that will possibly sell for US$100. Heavenly, just a render for now though

The company, Hyperkin.com originally squeezed out the RetronN 3, a three-slot console that played NES, SNES and Genesis cartridges. The US$50 console was a moderate success, according to the reviews. In gadget terms, this means it sold well on Amazon.com. But digging into the reviews reveals a fatal flaw, namely that the RetronN 3 is “broken right out of the box”, “Does not work well” and “it killed my goldfish” (this is a lie). There are more negative reviews than positive, and the device seems to elicit various degrees of hate/love across the board. Here’s hoping that the RetroN 5 is more solid and reliable.

The NES, SNES, Genesis, Gameboy Advance (GBA) and Famicon represent the five pillars of retro gaming (minus the Dreamcast, Sega-CD, Master System, you get the idea) and have magically been squashed into one lump of plastic. Bonus points: the GBA slot plays Gameboy original and colour cartridges. Amaze.

Slashdot managed to not only squeeze out a few words from the RetroN 5 project manager Lawrence Lee, but dug up a bunch of information regarding the console itself. Good work fellahs. As usual, we’re going to let the developer speak, and then translate the waffle for you fine folk, if need be.

“There’s a whole subculture of people out there going to Salvation Armies and swap meets looking for that one rare cartridge. We estimate there’s still somewhere around 2 000 retro gaming stores in the US… When we go to small trade shows and we put out our retro stuff, we get that deer in the headlights, ‘oh my god, it still exists’ look. It never gets old. We love it.”

Interesting stuff, but it’s his seemingly shady CPU/GPU chip acquisitions that provide the most warmth in this story. According to Lee, his team was literally ripping old CPUs from calculators in order to test the capabilities of the RetroN 5. Lee explains: “We have to use old chips, second-hand chips. There’s a huge market for it. Its actually quite funny, if you’re in the right area, there’s a bunch of armed guards and there are all these chip suppliers. You see people walk up with literally a potato sack of cash to buy these chips.” Sounds like gaming heaven to us, and a labour of love by a very well-known gaming accessories company.

Modern technology is retrofitted into this SOC (system on a chip) console. HDMI out provides a 720p scaled up display. There’s two controller ports for local-only multiplayer – the best type – and the “elimination” of blurry images during the image upscaling process. To remove the bullshit of using passwords to save games, the RetroN 5 will support SD cards for memory slots . More on the controllers: the bluetooth, six-face buttoned controller has an ace up its sleeve – namely that it has two macro buttons, this lets the user assign any function to the gamepad. Imagine a quick save and quick load button right at your fingertips, that’s magical. Lee wanted a “controller for any system” and as most retro consoles have two or three buttons, his creation is right on the mark.

100% compatibility is the name of the game for the RetroN 5, as Lee attempts to hit this near-legendary benchmark. The only way to achieve this is through “extensive testing”. Lee and his team will shove in as many cartridges as they can in an attempt to foolproof the RetroN 5. Can you imagine the rare games on offer inside Hyperkin headquarters? The mind boggles at this retro-orgy.

Lee also provides a reason for not supporting other consoles such as Sega’s Master System (a competitor for the NES that met with some degree of failure). “Those pin connectors don’t exist. And to develop one, it’s just not [cost-effective] at the moment.” A tidy answer then.

Ultimately, the RetroN 5 is about the slow elimination of ROM’s. For those in the dark (non-Gearburn readers), ROMs are the digital version of console games. Each ROM is between 500k-1MB in size and with a quick Google search, and a few hours, it’s possible to own every ROM for the systems listen above. The point though, is to not do this. Millions, possibly quadrillions of cartridges exist and there is a joy associated with slotting a cartridge in to play a game as is. While it is wholly possible to purchase the original consoles, time has moved on and ours is a culture of convergence. RetroN 5 is five of the best consoles ever made, but now upgraded to match our HD times.

While there is no release date yet, Lee promises that “over 55 000” RetroN 5s will be produced on a weekly basis. In other words, don’t bother pre-ordering it.

You can read the full interview with Lawrence Lee here. 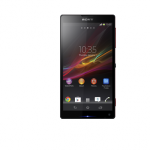