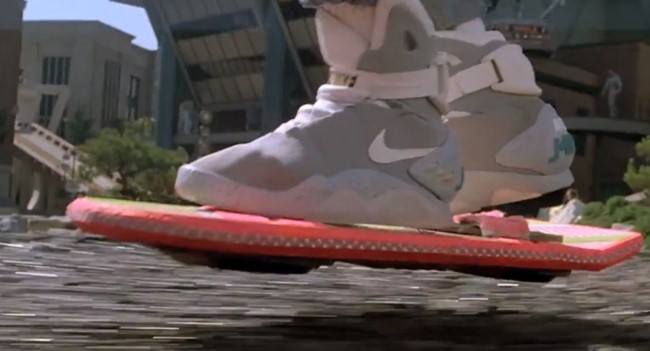 Remember those childhood dreams of being driven around in an automated car? Or soaring through the sky with a jet pack? It’s science fiction, right? Those things won’t materialise in our lifetime. Wrong. Some of the gadgets you thought were pipe dreams are in fact either already reality, or very close to it.

Note: there’s some strong language at the end of the video. Great film though

The automated car for example. 2GetThere in the United Arab Emirates has a fleet of ten robotaxis that transport roughly 25 000 people a month. They can’t negotiate traffic, at least not at this point in time, and they follow a prescribed route. But it’s a start.

Also, Google of all companies has filed a patent for a self-driving car, which has been in the testing stages with over 300 000 accident-free miles. The company even feels that self-driving cars could be something that might become available in less than ten years.

My first thought is how these cars would negotiate traffic and avoid accidents, I’m assuming some kind of sensors would be used to avoid these issues. Considering Total Recall is set in the year 2084, self-driving would be way ahead of its predicted time. but it still raises all sorts of questions. Would we need a driver’s licence to operate one? And more importantly, would something like that work in cities with extreme traffic congestion? The bland remake had flying cars, but there’s not much to compete with that yet.

Most, if not all of us have dreamed of flying, and in multiple films we see people soaring across the skies using jetpacks. The good news is that there are already prototypes in existence, although you’ll probably want to wait a bit before placing your order unless you have buckets of unused cash to burn. These babies clock in at around US$155 000 and that’s for the cheap model.

But, you’ll also only get around 33 seconds of flight time from the Jet Pack H202 which burns hydrogen-peroxide to stay airborne. It was “the world’s longest-flying jet pack” according to creators Jetpack International and yes, that’s true if you consider that it stayed in the air a full three seconds longer than its Mexican competitor, the TAM Rocket Belt, priced at US$250 000.

Jetpack International is now making a jetpack that apparently stays in the air for a full nine minutes, so it seems it’s upped its game substantially.

If the idea of hydrogen-peroxide fuelled devices worries you in any way, you could always go the watery route, such as the JetLev, which “uses water as a propellant and obtains a high pressure water stream from a floating follower”. The flight time is apparently four hours, it has a top speed of 40kph and it’s still going to cost you around a million Rand.

Apologies for the poor music

The Martin Jetpack, may be a jetpack, or it might not be because it uses ducted fans for lift and a gasoline powered engine. That means it might technically be classified as an aircraft. Anyway, this one is far more impressive, with a projected speed of 60 miles per hour, an altitude of 8 000 feet and about 30 minutes of flight time with a full tank. It also clocks in at around US$100 000.

If the average price of any of these prototypes are anything to go by however, then you’re looking at a minimum of a million Rand if you want to own one, which is a bit out of my price range. But who doesn’t want to zoom around like a rocket man?

Do you remember watching Minority Report and thinking how cool, and at the same time creepy, some of the technology was?

Sadly I’m going to be looking at the creepy technology, so much as I would love to be talking about the touch screen holographic computer with the gloves, instead I’m going to be looking at the biometric face scanning technology seen in Minority Report. And that display is ridiculous. Would you really want to wave your arms about for all day? It’s a well-meaning but tiring user interface, like Windows 8.

As for biometric face scanning, this is actually not too far from the truth at all, the FBI is apparently introducing a US$1-billion biometric Next Generation Identification (NGI) system in the States which is a database of iris scans, mug shots, voice samples, DNA records, the list goes on.

What’s worse is that it will all be collected via a network of cameras and databases, which basically means Big Brother will always be watching. Everything. You. Do.

Although this is only in the preliminary stages, the FBI is apparently expecting a nationwide roll-out in the US by 2014, and who knows how long before something like this filters down to the rest of the world as standard practice? The UK, Germany and Australia are already using systems like this in some or other capacity and surely it won’t be long before this technology spreads throughout the world.

I’m all for catching criminals, don’t get me wrong, but for those who watched Minority Report and believe the conspiracy theories, we all know how wrong these things can go and how fast. It sounds paranoid, but consider the level of access you’ve already given to your computer and mobile devices. Our information is stored in databases that can mine our information for any Holographic Coke ad, when the technology exists one day. Already, ads are targeted to us via our browsing habits and Google Now can practically predict our lives. Of all the future gadgets on the rise, this is the most prevalent of them all.

Next up is the flexible display, something seen in Red Planet starring Val Kilmer. This B-grade sci-fi flick showed a glimpse of something that might become a reality in the next few years, with their flexible display units which could overlay real-time position information over their surroundings.

Corning has just announced its new Willow Glass, a paper-thin material which bends easily. There are of course rumours circulating that Apple will be using this technology in the near future, but nothing is confirmed just yet, and Samsung has also filed a patent for a flexible display technology.

A poor film, with some of the worst special effects of all time

Flexible displays are plastic as opposed to glass which allows for the surface to bend, or perhaps even roll up. Samsung’s patent in fact shows something very similar to this, with a screen that rolls up into a cylindrical holder. This is the tech that probably surprises me the least, nevertheless it’s definitely quite cool and something I would like to see materialise in the near future.

In 1977 the James Bond sequel, The Spy Who Loved Me was released and it featured a car that drove underwater. This is yet another gadget that has made it into the realms of viable sci-fi devices, most notably as the Swiss made sQuba.

Developed by Rinspeed, this zero emission vehicle uses three electric motors, one for land and two for water. Upon entering the water it floats on the surface until the driver floods it enough to submerge it. It can’t deep-sea dive, but it can be submerged up to a depth of 10 meters. It’s not designed to drive along the seabed, so it glides through the water like a submarine, propelled by water jets. The top land speed is 120km/h, on the surface of the water it’s 6km/h and underwater it tops out at a whopping 3km/h.

The sQuba can transport a driver and passenger, but unlike Bond’s car it’s not armed and designed for combat. While underwater, passengers can breathe air carried within the vehicle in much the same manner as a scuba diver would carry a breathing regulator with them. If for some reason you decide to leave the vehicle mid-dive, the sQuba will surface automatically.

Hoverboard (Back to the Future)

This gadget is probably my favourite, and definitely the thing I wanted most as a child. The hoverboard from Back to the Future fulfilled all my childhood skateboarding dreams, and was something I would have killed (okay probably not literally) to get my hands on.

The MagSurf prototype developed by French scientists here is not quite what I had in mind, but it’s a step in the right direction.

It seems to all be happening in France however, as French sculptor Nils Guadagnin has not only made a replica of the Back to the Future hoverboard that emulates it in terms of looks, but using electromagnets and a laser to stabilise itself, it hovers above the ground and is a great deal better looking than the one made by the science guys.

Are hoverboards available yet? Will one be invented by the year 2015, the year that Back to the Future II takes place? It’s entirely possible. Now if I was as confident as that I could ride one now and not fall off, all would be right with the world.