By Steven Norris: grumpy curmudgeon
Read nextTake a look at what could become the first smartphone for the blind 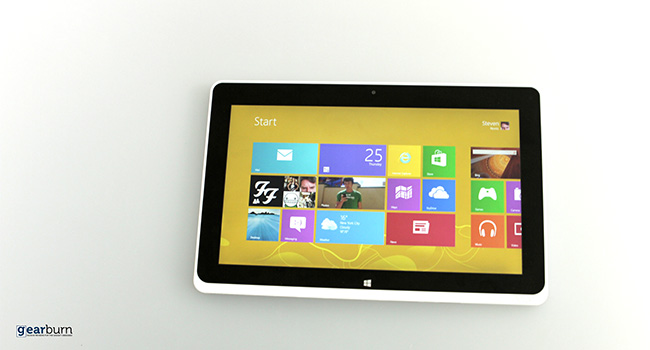 The Iconia W5 is the latest Windows 8 laptop/tablet hybrid (a “lappitablet”) from Acer. While it’s not perfect, it’s better than the Surface RT, as it’s a full Windows 8 experience now, not a stripped down version of the maligned OS.

With some decent specs, a great screen, the option of having both a laptop as well as a tablet essentially, and a very solid keyboard (an optional extra), the W5 is the best hybrid Windows 8 computer yet — but the US$500 price hurts it.

A dual-core 1.5Ghz Atom CPU with a 64GB drive may not be enough for a user willing to drop half a grand on what is essentially “yet another Windows 8 tablet”. But the W5 is oddly stylish, with a unique lappitablet design when docked with the robust keyboard. Rest assured, there’ll be few people with a transforming tablet like this. Is the W5 worth the hefty fee? Let’s take a look.

This is undoubtedly the strongest feature of this odd little sandwich of metal and plastic. The 10.1-inch, 1366×768 (HD) screen is smooth, responsive and surprisingly bright. Acer must have slaved away at the display, there’s love packed into each pixel. Full HD content runs and looks incredible, which is hard to believe with the 64MB Intel graphics card keeping it all together. It even works with games, nothing next-gen but with titles that require a fast refresh rate, like Super Meat Boy, the W5’s display excelled at keeping this platform gem sharp and tear-free. It’s currently the best display of any tablet I’ve recently tested, that includes the Note 8, iPad Mini and Surface RT. I lambasted the poor display of the Surface RT, so it’s great to finally use a tablet that showcases the simple but elegant visuals of Windows 8. Even vanilla Desktop mode is a treat to work in. Kudos Acer.

A 1.8Ghz Atom CPU is no slouch for a mobile device of this price range, considering that a lappitablet with a grown up CPU such as an Intel Core i7 (such as the insanely cool Sony Vaio Duo 11) costs in the upper region of US$1000. Everything I wanted to do, the W5 quickly responded to. I’d easily recommend the W5 as a basic home computer, as it comes installed with the apps any family PC needs: Skype, Kindle, Evernote, Skitch, Social Jogger  (social network aggregator) and 7digital for streaming music. 7digital was an interesting app, mainly because it wouldn’t run in my country and that pissed me off. It looks like a cool app though, based on YouTube videos and if you’re lucky enough to live in one of these countries, 7digital will work for you. There are plenty of Windows apps preloaded into the OS, but those barely test the performance. I mentioned earlier that Super Meat Boy, an Xbox Live game originally, ran like a dream, just make sure you have an Xbox gamepad plugged into the USB extender. To put this into context, Super Meat Boy used to run like crap on my older 1.7Ghz Core i3 HP laptop. The graphics card was also 64MB on that clunker, so it’s down then to a better-optimized system. It also starts instantly, in a very smartphone-like manner with a press of the power button. I didn’t expect much, but the W5 delivered.

It’s a bit of a toss-up, or cock-up depending on how you look at the design. The tablet itself is comfortable in the hand and only 580g, which is light for a 10.1-inch display. It’s certainly lighter than the current-gen iPad. The optional keyboard, that might as well be a mandatory purchase, latches onto the read of the W5 – this is the flaw of design. The hinge is far too stiff, so opening it becomes a slight chore until it’s been worn down over time. The keyboard also gives the W5 an ugly white and dimpled hinge. It seems completely arbitrary in design, and could have been a single flat piece of metal. The W5 in full laptop mode wouldn’t have to resemble a child’s toy then. Another pity is that the keyboard is a genuinely useful attachment and without it the W5 is a lesser gadget. Typing on the touchscreen is serviceable, but it’s always faster with a keyboards. That brings me nicely to the touchscreen in laptop mode. It’s a great experience and over time I stopped using the keyboards touchpad, instead opting for quick gestures via the touchscreen. Perhaps it never gelled so well with Surface RT because of it’s crappy membrane keyboard? This works particularly well in Metro, a little less so in Desktop mode. Surprisingly, Desktop becomes painless to navigate once you discover that it takes a double tap to make most windows spring to life. I see now also why Microsoft removed the start button. With touch control and type to search, the start menu seems like an idea from a hundred years ago. And when last did you ever go searching for programs in the start button’s menu? Not I, sir. It’s possible that I grew to love Windows 8, but that’s a lie because OS X looks down upon it from a great height. It’s just so devoid of life or attention to detail. It’s alright for tablets, with eye-pleasing chunky cubes replacing tiny app icons. The 10.1-inch screen suits Windows 8 well, it’s when you output the signal to an HD-TV that it all comes together. The W5 becomes a media center, capable of easily streaming content from a desktop PC. On a fully grown laptop, Windows 8 is dire. Like a weird theme for Windows 7. Thankfully the W5 works well enough with Windows 8, which finds its home on mobile devices.

A note on the W5’s transforming powers: It’s incredibly well-implanted and both parts of the W5 come together with a satisfying click. To remove the W5 from the keyboard dock, there’s a small slider on the docking section of the keyboard that will easily loosen it free.

The list of wired and wireless connection further cements the W5 as a serious contender for Windows 8 device of the month. USB 2.0, HDMI out, NFC, BlueTooth 4.0, Wi-Fi — all it’s lacking is space for a SIM card, which is a shame as that would put the W5 on top of many geek wish lists. Maybe in the Iconia W6? The USB 2.0 port is especially useful, letting you instead of stream media, connect a hard drive filled with content into the W5. With VLC Player and the VLC Remote companion app for a Windows Phone, the W5 becomes a nifty media center. Battery life is on par with the other tablets, so that’s roughly two days of continuous use before recharge. During a stress test, which was Lord of the Rings: Return of the King in full HD played on a loop, the W5 lasted a full five hours.

The 8MP camera is surprisingly robust and produces some impressive shots. I could never recommend using a tablet as a camera, but if you’re in a pinch the W5’s camera won’t disappoint. That goes the same for the front-facing 2MP camera which helped create the crispest Skype video session I’ve ever experienced.

Verdict: The Acer Iconia W5 is a shockingly robust lappitablet. It’s comes with a great battery life, a class-leading screen, USB 2.0, an excellent optional keyboard and much more. It’s a great device for daily use thanks to its instant-on startup and HD-streaming capabilities. While I’m still not happy with the US$500 price, the W5 wins me over by being Windows 8’s best mobile platform yet. 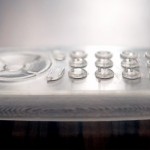