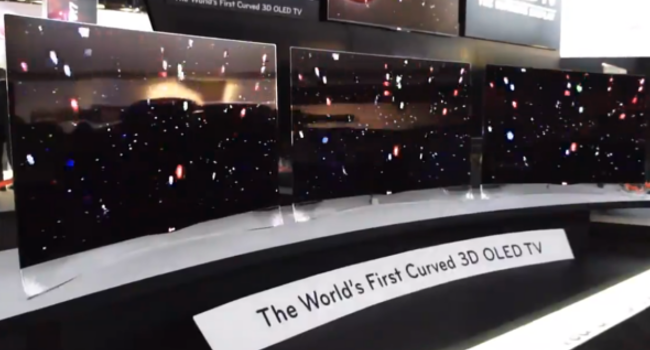 Brace yourself, for today the South Korean electronics giant LG announced it will start taking orders for its Curved OLED TV.

It’s called the 55EA9800. Yes, it’s not that catchy as you would have wanted but it’s probably the current Iron Man of all televisions. This groundbreaking 55-inch curved telly begins shipping next month in Korea. It’s a great development and gives LG another leap forward in its tight competition with Samsung, Sony and Sharp.

This particular curved OLED TV will set you back a massive US$13 500. Though it might just be worth your while to dream about or try replanning your retirement fund. On top of it having an ergonomic design, it also has some other incredible features. The curvature display promises to bring you (if you’re ever so lucky) an immersive experience to your living room. The light design of the television is said to give you an “IMAX experience” unlike any other TV.

On top of the display being better quality and curved, it’s also lighter. The TV is 4.3 millimeters thin and weighs a mere 17 kilograms. That’s thanks to the OLED technology. In case you were wondering, OLED stands for Organic Light Emitting Diode and enables the display to be curved. Also better picture quality and weight. As noted by Engadget, this would make LG the master of the OLED display by being the first to “commercialize both the flat screen OLED TV and the Curved OLED TV.”

It also brings you WRGB technology. Compared to the standard Red Green Blue, the Four-Color pixel experience apparently enhances original colors by adding an extra white sub-pixel. This and LG Color Refiner gives you “greater tonal enhancement, resulting in images that are more vibrant and natural than ever before.”

According to LG “the entire screen surface is equidistant from the viewer’s eyes, eliminating the problem of screen-edge visual dis-tortion [sic] and loss of detail.” Basically put, it means the display is distant by equal amounts. Also, the TV “offers an infinite contrast ratio for optimal contrast levels regardless of ambient brightness or viewing angle.”

Although deliveries start in Korea next month, the shipping dates for international markets will only be announced in coming months. This gives us ample time to orchestrate a bank heist or dodgy financial scheme before it’s available. 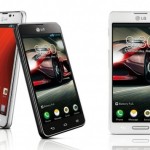