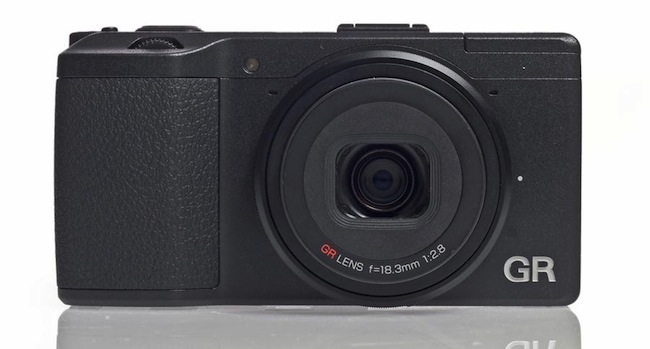 The Ricoh GXR, a compact system camera (CSC) that couples the lens and sensor into a single module that slots into the back, confused the company’s fans and consequently also failed to sell in high numbers.

The new Ricoh GR, however, could be about to change all that, because its 16.2 million pixel sensor is an APS-C format device rather than a 1/1.7-inch unit as is found in the Ricoh GR IV.

At around £599 (approximately US$920 / AU$882) the Pentax Ricoh GR’s price is also much more attractive than that of the Nikon Coolpix A and the overly complicated Ricoh GXR.

Furthermore, despite the 9x increase in the size of the sensor, the GR isn’t a great deal bigger than the GR IV and it fits neatly into the average coat or jacket pocket. It’s a similar size to the Nikon Coolpix A and Sigma DP1, and a little smaller than the Fuji X100S.

Like the Nikon Coolpix A, the Ricoh GR’s APS-C format 16.2MP CMOS sensor has no anti-aliasing filter, which should enable it to capture sharper details than a comparable sensor with the filter.

Omitting the filter brings the risk of moiré patterning in images with fine repeating patterns of detail, but it hasn’t been an issue for the Nikon Coolpix A, Nikon D7100 or Nikon D800E. Even if it is a problem, moiré patterning can be dealt with using image editing software, but the Ricoh GR also has in-camera post-capture moiré reduction available. 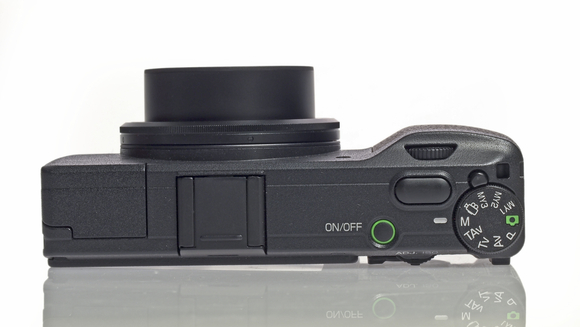 Because it’s a compact camera the Ricoh GR has a fixed lens, and, like the optics on the other APS-C format compact cameras, it has a fixed focal length. In this case it’s a 18.3mm lens, which is equivalent to around 28mm in 35mm terms.

This and its small size makes the GR ideal as a ‘walk-around’ camera and well suited to shooting street and documentary photographs as well as landscape images when you’re out on a hike and want to travel light.

There’s also an optional adaptor available to transform the lens into a wider, 21mm optic. At the other end of the scale, an in-camera 35mm crop mode is available.

The lens has a maximum aperture of f/2.8, which means that there’s plenty of opportunity to control depth of field.

One of the trade offs that Ricoh has made as a result of the larger sensor is that the lens can’t focus quite as close as its predecessor. However, there is a macro mode that enables you to get as close as 10cm to the subject.

One of the problems with previous Ricoh digital compact cameras was their relatively slow responses. Ricoh is hoping that the new processing engine in the GR will address this, and it has a claimed start-up time of approximately one second, a maximum continuous shooting rate of 4fps, shutter release lag of 0.03 seconds and 0.2 second autofocusing. 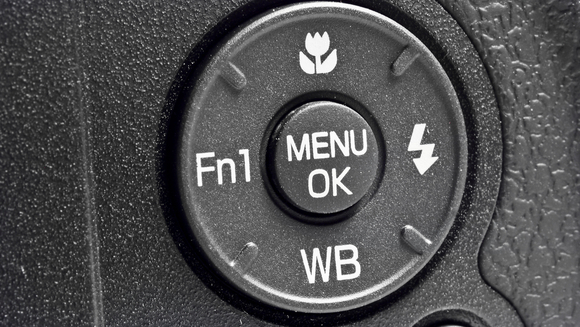 Built from a sturdy magnesium alloy, the Ricoh GR is billed as the world’s smallest and lightest APS-C format camera. It’s surprisingly close in size to the Ricoh GR IV.

The front of the camera has a pronounced grip, which has a rubberised texture and gives good purchase, enabling the camera to be held one-handed. The layout of the buttons on the back of the camera also makes changing settings with a thumb quick and easy.

On the top of the Ricoh GR is a mode dial for speedily changing between automatic, semi-automatic and fully manual exposure modes. In a nod to Pentax, which is now owned by Ricoh, there’s a TAv (Aperture and Time priority) option in which you set the shutter speed and aperture while the camera selects the sensitivity. 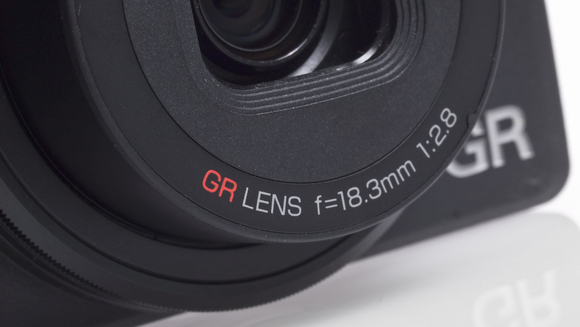 There are also three customisable groups of settings available via the mode dial. Just to the side of the mode dial is a lock button, which stops the dial from being knocked out-of-place. We found this relatively easy to depress with the finger of the right hand while rotating the dial.

Exposure compensation is changed quickly using the plus and minus control, which doubles up as the zooming buttons during playback. 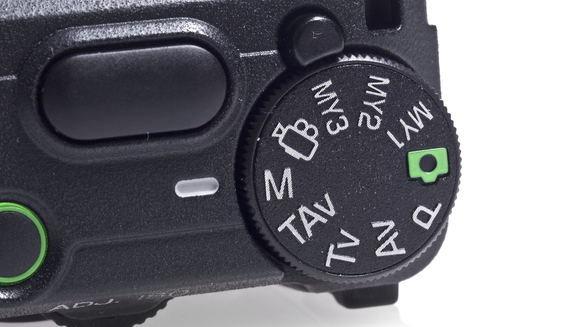 Ricoh is aiming the GR at enthusiast photographers, and these users will appreciate that several of the buttons on the back and side of the camera are customisable, giving you quick access to key features.

Changing autofocus point is done by default by tapping the F1 Function button and using the arrow keys to scroll around the scene to the point you want to use. After pressing this button, you can use the zoom control to check critical focus.

There’s also an option to enlarge a section of screen around the active AF point to check focus as it is achieved. 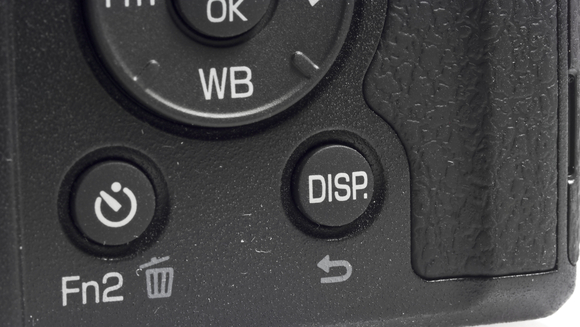 On the back of the camera is a high-resolution, 1.2 million-dot 3-inch LCD screen. It’s not articulating, or touch-sensitive, but it appears to cope reasonably well with direct light, not suffering too badly from glare or reflections. The menu layout is simple and uncomplicated.

As yet we have only used a pre-production sample of the Ricoh GR and we haven’t been able to examine any images from it. Naturally we are hoping that Ricoh has been able to transfer its image quality capability to the new camera.

We are told that the sample we used was the final hardware, but the firmware is not final. This could mean that aspects such as the focus time and file write times change before the camera goes on sale. 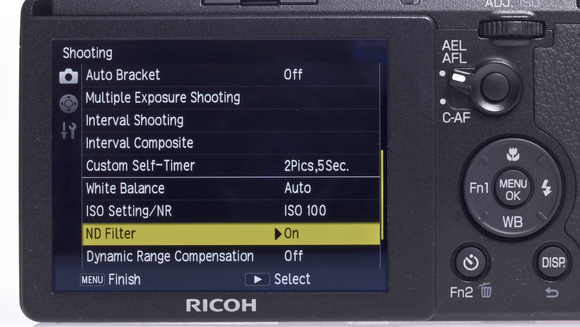 While we have no complaints about the focusing speed of the Ricoh GR, it focuses relatively quickly with a slight backwards adjustment being visible, the write times with raw and JPEG shooting selected were poor.

We counted around nine or 10 seconds being required between shots. If this continues into the final working sample it could prove very frustrating.

Fortunately, things improved dramatically when we shot JPEG files by themselves, with next to no delay. 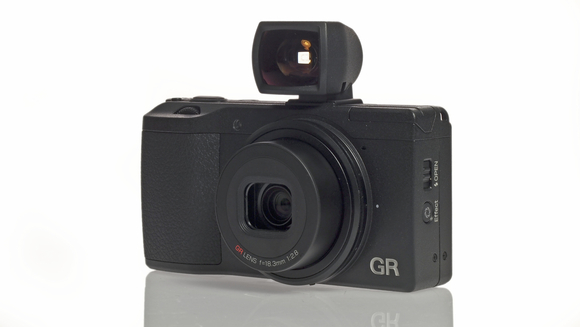 We’re quite excited about the Ricoh GR. It’s very nicely built, has all the control that we want and it can shoot both raw and JPEG files.

Although we have seen prints of a couple of impressive sample images from Ricoh, we will reserve judgement about the image quality until we have shot some pictures. However, Ricoh has a reputation for producing cameras that capture plenty of detail, with a tendency to reveal some noise.

Our only reservation at this point is the file write times. We hope that the production sample will make shooting in raw format, or raw and JPEG format, a realistic proposition. If it does the Ricoh GR could really grab the attention of enthusiast photographers looking for a pocketable alternative to a DSLR.

Given its comparatively low price, we’re sure that Nikon and Fuji will be keeping a close eye on Ricoh GR sales. 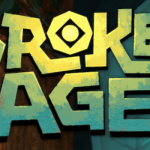