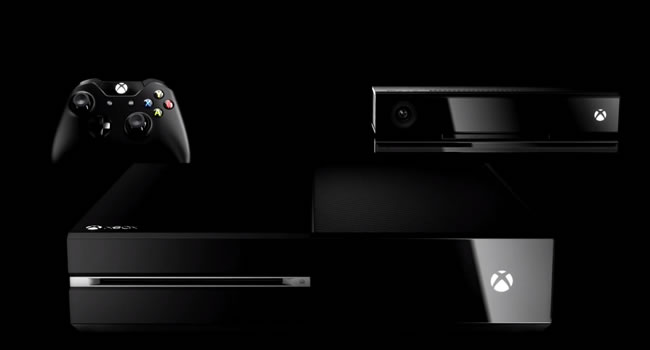 Software and services no longer, it’s all about devices and services for Microsoft and the new Xbox One from Microsoft showcases the future of computing. The red glowing eye and the dulcet tones of HAL in 2001 a Space Odyssey has finally come to life in the latest console from Microsoft. To call the Xbox One a gaming console is a massive understatement of its abilities as well as being a small reflection of its true power and purpose.

The current Xbox 360 was the top-selling console in the USA and around the world and proved that Microsoft could do devices and then some. Mobile has changed the way we interact with technology and the emergence of the so-called cloud or rather massive processing available though an internet connection, has completely changed the way we use computing.  A perfect example is Siri on Apple devices and voice on Android and Windows PhonIt seems so simple to talk to your phone or tablet. Off they go searching the web, making appointments, taking notes, and all sorts of other functions. What is not seen is that these services require massive, and I do mean massive, computing power residing in data centers worldwide. There is simply no way any of these abilities could exist on the device itself, without a ubiquitous connection to the data center processing power, all facilitated via the internet.

Reaching for the stars

This ubiquity of connectivity and the relative speed of the connection is the defining characteristic of computing in 2013 and beyond. The use of the cloud via high-speed networks is changing our usage and expectations of what everything technological can do. In simple terms, that is the major difference between the Xbox One and the Xbox 360. The old played games, rather well, added functionality allowed media streaming and even internet browsing. The New Xbox now dubbed the One does all of the above and then some.

The Xbox One goes way further and finally gives us a glimpse of the future of human machine interaction. The Xbox One comes bundled with a new Kinect sensor that sees the world in Technicolor as compared to the black and white of the old connect. It can sense the blood flow in your face and map the entire room, and its occupants, in 3D. Voice becomes a natural adjunct but motion and gesture, which are so much part of all human interaction, is now one more element of the Xbox interface. A few of the new games highlighted some of this ability, but the true power of this is yet to be written and discovered.

Truly Hal is in your living room. Sensing your emotions and feelings through subtle shifts in body language and posture, along with heartbeat and facial changes. The massive computing power on the Xbox itself is complemented with the super computing power of the Microsoft Azure platform, called Xbox Live, to keep it friendly.

Something borrowed, something not blue

Applications and games will allow multiplayer interaction of a scale that’s currently unavailable (a predicted 32-64 players) and also allows players profiles to be remembered and picked up wherever you may be and on whatever device you may choose, as long as it is connected to the internet. True multitasking along with multiple concurrent operating systems are also part of the new Xbox magic. The kernel of the Xbox is Windows 8 and finally the promise of cross platform compatibility starts to emerge

The new handheld controller is evolutionary but you can now fully utilize your surface tablet along with other tablets as a controller companion and interface along with your smartphone.  The integration with all the devices that we currently use daily is unprecedented.

Another signpost of the future is the simple fact that all games, even those provided on disc, are actually played from the hard drive of the Xbox One. Second-hand games may become a thing of the past and as internet connectivity speeds improve the actual discs themselves may well become a dusty curiosity. The Xbox One though does include a Blue Ray disc player to offer the highest capacity physical disc playback currently. Give the internet a few years though and downloading 20 to 50GB games and apps may become trivial.

Fighting off the competition

The Xbox One as it is currently offered is a massive upgrade on consoles that have gone before and together with the new PlayStation 4 from Sony represent a quantum leap in computing power from the older generation of consoles. What they actually do is show us that there is new paradigm in place and that is a fully integrated and connected experience. Console gaming may still be for the hardcore gamer, but the new generation consoles are massively capable home computing devices which use the TV as its screen and the internet as its brain. High power computing capabilities are actually commonplace today, with the average smartphone having more memory and much greater computing power than the desktop of only four years ago.

Hardware capabilities and computing power are a given, even though the technological leap in the Xbox One is massive. The future of entertainment, and that includes gaming, is the internet and the power of massive computing in the cloud to augment and supplement the power of the device in your home.

Expect to see further devices connecting via the Xbox One, also expect to see capabilities and functionality that would make HAL seem rather anachronistic, going forward. The Xbox One will become the center of home computing with multiple screens, multiple input devices and seamless interaction via voice and simply yourself. The key to all this is the cloud and fast, ubiquitous always-on connectivity. “Live long and prosper” said Spock from Star Trek. Science fiction just become science fact.