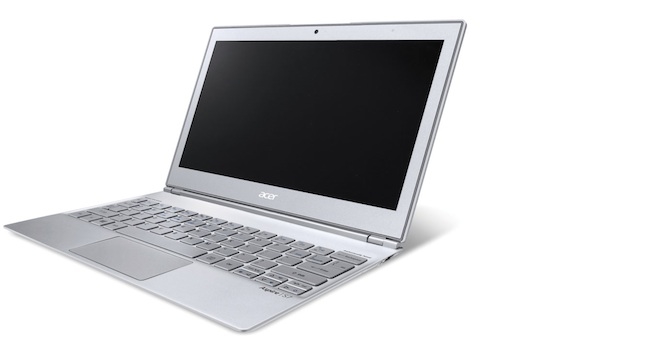 Sleek, shiny and utterly sexy. This is the first impression you get of the Acer Aspire S7 Ultrabook. It positions itself in the same sort of market as the Macbook Air, with its lack of any kind of optical drive, its light body, and its smooth aluminium exterior, but is this US$1 200 Windows 8 machine a serious competitor, or is it overpriced for the features it offers?

To begin, let’s get down to the basics of this machine. The Acer Aspire S7 Ultrabook offers users an Intel Core i7 CPU (1.9-2.4GHz), with 4GB (non-upgradeable) RAM and the model I tested was loaded with a 64-bit version of Windows 8.

It was one of the new touchscreen models, which is a nice addition, especially with the hold tablets have over our lives, but I can’t really say that this is a feature I find hugely useful as the constant interaction with the screen becomes very uncomfortable. The display is a lovely 1080p, the colours are crisp and the edges clear and sharp. It’s minimally lighter than the Macbook Air, as well as thinner and it’s all too easy to compare the two machines directly.

Since it obviously doesn’t offer anything in the way of a CD drive, you’ll find two USB 3.0 ports, a 3.5mm headphone jack and an SD reader. This baby is wireless only, so don’t expect to find an Ethernet port anywhere, but you will find a mini-HDMI port (no full size version).

The trackpad and keyboard, which look very slick and similar to the Macbook Air in appearance, were serviceable but I can’t say I found them particularly comfortable to use. The trackpad does a fair job of handling the Windows 8 gestures, but occasionally would be overly sensitive as I tried to navigate my way around the screen.

The keyboard is quite flat and shallow, and although I have no doubt that you’d get used to typing on it eventually, I can’t say that it’s a particularly comfortable experience. The keys also feel a little plasticy, which is in direct contrast to the otherwise excellent build quality of this machine.

The display on the other hand, showcases what is certainly one of the best features the Aspire S7 has to offer. Everything looks beautifully clear and crisp, colours are vivid, and although I’d probably rarely use it in this manner, the screen can go all the way back and lie completely flat, which to be honest is just awesome. There is also definitely less glare than I’ve come to expect from laptops of this nature.

Don’t be fooled however, into thinking that this machine will solve any of your portable gaming or graphics needs. The onboard graphics card, an Intel HD 4000, while speedy enough for the businesspeople among us will not be able to handle the kind of power it takes to process any kind of graphical content.

Open more than one Photoshop file, or indeed even an extremely large one, and you’ll be battling a great deal of lag. Although I can’t say I’ve spent long hours gaming on this machine, it’s no match for a dedicated graphics card, and coming from a graphics and animation background this certainly would not be my machine of choice for that market either.

The Aspire S7 boots up extremely quickly, and I’m not talking about from sleep mode. It took me literally ten seconds to go from off, to logged in to Windows. Perhaps it’s because the demo model doesn’t have masses of apps to load as so many of my personal machines seem to accumulate over time, but regardless I was seriously impressed by this feat.

Imagine using a machine on a day-to-day basis that you didn’t have to leave in sleep all the time because it took ages to boot up. In fact, while I’m on the subject — the standby time of the Aspire S7 is pretty darn good too. I left this machine on, sitting for a couple of days, and when I came back and opened it up the battery was still mostly full.

If you’re using the machine heavily however, don’t expect to get more than around 4-5 hours out of it. The standby time might be good, but the performance of the battery is on average with most of its competitors (3-5 hours unplugged and in constant use).

This of course means that you’ll have to leave this baby plugged in if you’re planning on using it for the long haul, which is disappointing to say the least. In fact the battery is probably the biggest let down of this machine, and Acer just don’t seem to have gotten it right in that regard.

Verdict: If you’re looking for a small, incredibly light and portable machine to take with you on the road, we don’t see why you wouldn’t consider the Aspire S7 Ultrabook as one of your options — with the exception of the price. You’ll find it hovering in the region of R20 000.00 (US$1200 elsewhere), which is a great deal steeper than its Mac competitor. Comparatively, it does have a touchscreen which the Macbook Air does not, and it’s thinner and lighter, with an amazing HD display the likes of which you’re unlikely to find in many other competitive ultrabooks. If you don’t mind carrying your charger with you everywhere that is. 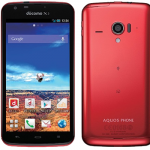