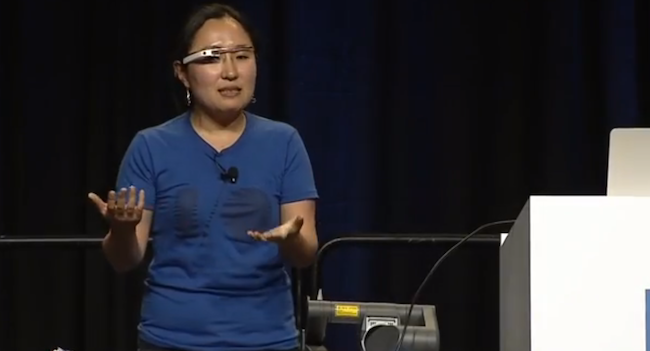 At Google I/O 2013, the search company showed off its wearable PC/hipster accessory Google Glass and it’s potential for hacking. In a video called “Google I/O 2013 – Voiding Your Warranty: Hacking Glass”, two Google employees guide developers through the steps it takes to hack into Glass and bend it to your evil ways, if you’re a mad scientist or disgruntled Microsoft employee. We suppose Google Glass can be hacked for good as well, as demonstrated by this impressive facial recognition hack.

Google’s a hack-happy company, being open-source and all. But it’s a cautious tale, as the video warns users with “Disclaimer: you’ll be stepping into uncharted and unsupported territory!” Isn’t that how all happy stories begin?

Hyunyoung Song and P.Y. Laligand, two very excitable Google software engineers quickly recaps the previous Glass dev sessions, then gets right down to it. Hacking, by the way, is all about exploring the new platform and Google wants the feedback from developers who’ve pried open the Glass source code. First up is how to run modified apps on Glass and Song explains that most of the instructions she gives today are available in the Glass API. Song explains how a black background with white text is best for any app, as besides the added clarity, battery life is also improved.

Laligand then enables Android Debug Bridge (ADB), or device debugging. Once enabled, Laligand gets down to custom app installation. After some fiddling, the video shows that Laligand has enabled a Jellybean interface for Glass which is not the ideal interface, but perfect for hacking and as he says “it’s ideal for reaching all the features.”

After some troublesome bluetooth keyboard and mouse pairing, another video demos one users “Avatar” Glass hack: a real-time cartoon face animated by the users head and mouth movements. There are limitations to the hack though. You cannot access the user data space, delete stock Glass apps or replace the OS. That may put off more than a few Android modding gurus.

Gaining root access takes five commands that the video goes into great detail to explain. It’ll take a better hacker then us to add custom apps, but as time goes on the hacking process will most likely become streamlined into a one-click process. But in a nutshell, the hack removes all security precautions, it erases all user data and basically creates a “factory reset” situation.

Watching the video from here shows the hacking process step-by-step. Thunderous applause erupts from the crowd when Glass is successfully rooted. It’s also apparently possible to run Ubuntu on Glass, and it’s neatly demoed (in Bash mode) by Laligand.

Despite the perky nature of both developers, “you have to be really sure that you want to do it.” says Song. But both dev’s want the community to “play with the platform and see what it can do.” For more information on hacking and the Glass community, visit the Google+ Glass Explorers page. 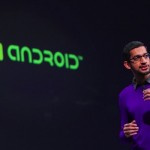