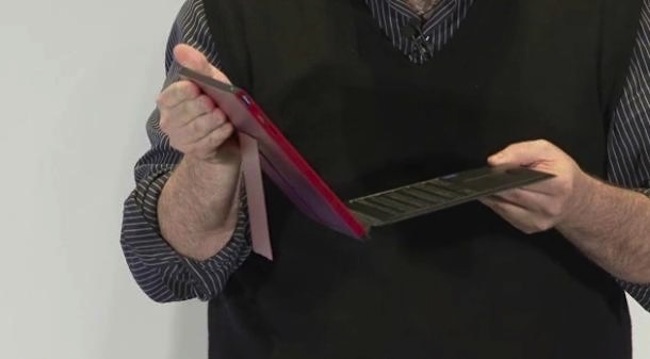 During its Computex keynote speech earlier this week, chipmaker Intel whipped out a quad-core tablet which sported a look very close to Microsoft’s love it or hate it-device, the Surface. The Intel tablet runs the quad-core Bay Trail CPU, a revamp of the Atom processors that have powered most mobile devices since 2009. While Bay Trail may be for mobile, Intel says that the new chipsets offer laptop CPU-like powers, reports CNET. These tablets are proof of concept only, so don’t expect to seem either one in the near future.

Intel dropped this gem about the Bay Trail tablet during its keynote: “Four cores, out-of-order execution, HD 4000 graphics… all day battery life.” HD 4000 (and many others) is a built-in video card that Intel’s been embedding into its CPUs to create efficient System on a Chip (SoC) computers. GPU and CPU combined means smaller hardware footprints and powerful handheld computers, such as the one Intel’s demoing at Computex. Intel even says that the HD 4000 GPU will be three times faster than the graphics of the older Atom CPU-powered devices.

Two tablets were demoed: one running Windows 8, the other was loaded with Android. To show off the power of each tablet, PC game Torchlight II and mobile title Candy Rush were loaded onto the Windows 8 and Android powered devices respectively.

Engadget further teases us with reports of another fanless tablet that was “barely glimpsed” during Intel’s Computex Keynote speech. The tablet reportedly features the ultra-powerful Haswell Core CPUs without the need for a cooling solution. Intel-powered devices with powerful hardware that doest require a fan to cool it down? Sign us up. 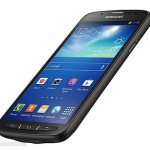