Right now, you can pre-order Sony’s PS4 from Amazon.com for the bargain price of US$399.96. That’s a US$0.03 saving so you better act now before Amazon takes this special gift away from us.

Right here, right over here is the place you need to be if you want a PS4 before the unwashed masses get their sticky hands on it. There’s the Standard and Launch edition of the PS4, with the latter almost instantly selling out as it hit Amazon. Don’t worry about the difference between each edition or as Amazon puts it, “the standard version of the PlayStation 4 is identical to the Launch Edition.” Relief?

Amazon says that the “item” will be released 31 December 2013. According to Gamerzone.com, Sony’s launch date isn’t “set in stone” but is planned for a tentative Holiday 2013 release period. This then, for those who have pre-ordered, is their holy grail. Pre-order customers know exactly when they’ll get their PS4, and just in time to ring in the new year. 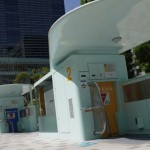