Microsoft is not endearing itself to the fans. First it confuses with its bewildering second-hand games policies for the Xbox One, and now it’s telling fans to “stick with the Xbox 360 if you have zero access to the internet, that is an offline device.” It feels like one of those joke interviews, but it’s very real and Microsoft’s top executive Don Mattrick shares his thoughts on the (now deserved) Xbox One bashing at this years E3.

Microsoft has chutzpah, we’ll give it that. The YouTube interview comes to us via Reddit where the users of the world’s most insane source of news have already begun to tear it apart.

It’s easy to agree with them too. One user says, “How fucking arrogant do you need to be to assume that people are so loyal to your company that they’ll refuse to buy anything from anyone else?”  It’s hard to disagree with the rant. Microsoft blindly assumes that we won’t go to the PS4 for offline play, but we will in fact downgrade our console experiences to the glorious offline machine called Xbox 360. That’s not only brash, it’s outright disrespectful to gamers who’re cut out of the online world.

This is just another nail in the head for Xbox gamers. Microsoft began it’s descent into madness with its always-online nonsense. The Xbox One has one of the most convoluted forms of online authentication consoles have ever seen. If you haven’t already heard of it, we’ll break it down for you. Bear with us, because these are the types of terms and conditions we usually scroll and click “accept” on. But this time, it’s affecting our gaming lives.

You know what this all sounds like to us? As if the Xbox One’s time is already over. All games will exist in the cloud, so one day we’ll be able to stream games without the need for a US$500 VCR player. But wait, the future is now and it’s called OnLive. Games exist now as binary, disc-based games will be swallowed up by the Cloud and the Xbox One, as well as the PS4 will simply become redundant. Let’s just enjoy these consoles for the next decade, or try to enjoy them as far as the Xbox One is concerned. 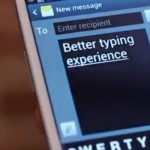