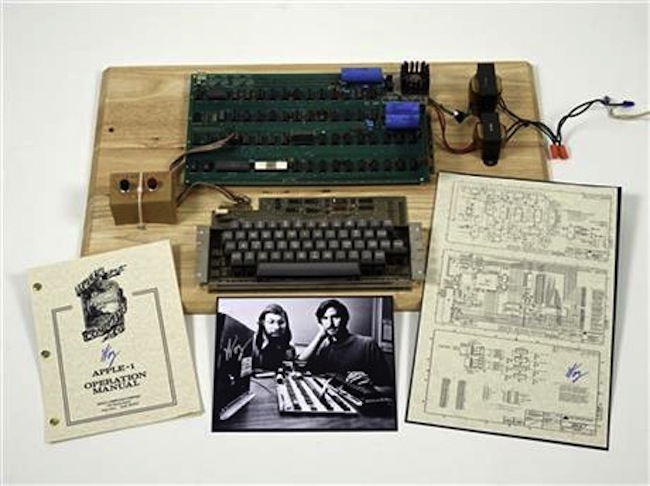 Another Apple I, one of the world’s first home computers from 1976 no less, is going under the hammer for the starting price of US$300 000 according to Bigstory. Estimations have put the final auction price of the Apple I at over US$500 000. Ted Perry, the owner of the Apple I says “This is a piece of history that made a difference in the world, it’s where the computer revolution started.”

The Apple I originally sold for US$666.66 and it is estimated that only 200 of these computers were produced before they vanished from the face of the earth. With 8KB RAM, these pieces are meant for the tech museum only.

The Apple I on sale has been labeled as a “prototype” by auction house Christies. The prototype, which is little more than a motherboard and keyboard tied down to a plane of wood, comes with schematics, a manual and a photo of the dynamic duo who invented the Apple I, and most of Apple’s product line: Steve Wozniak and the late Steve Jobs.

Not even a month ago, another functioning Apple I sold for the mind-numbing price of US$670 000 according to Humanipo/a> and a million other websites.

Perry paid nothing for the Apple 1. “I traded some other computer equipment I had for the Apple 1.” Christies visited Perry to validate his Apple I, which Perry paired with non-Apple parts: external storage (a tape drive), a monitor and a keyboard. “I was a little afraid to run it, but it still works, with the original chips!”

The Christies Auction, titled: “First Bytes: Iconic Technology from the Twentieth Century” begins 24 June and runs until 9 July and for the convenience of wealthy Apple fans the world over, this will be an online auction. 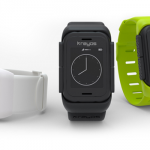