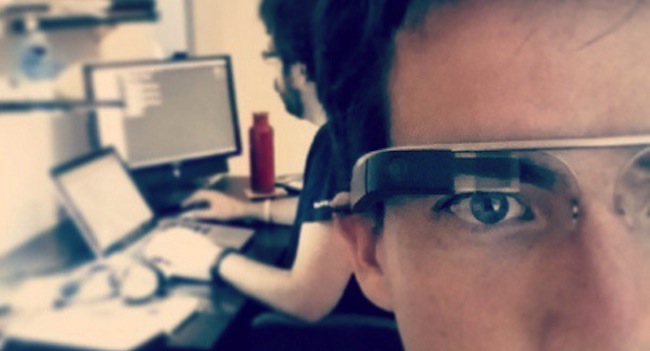 The technology and gaming landscape is changing and, from the looks of things, Google is gearing up to be a major player in this new frontier. Google Glass is still in its infancy and already the Big G is stirring up rumors of a possible Android-powered gaming console and a Smart Watch that could pair with other devices via Bluetooth.

To see Google’s vision of the future, you could turn on just about any sci-fi film from the 70s and 80s that portray mankind living in the distant future. Such films show folks donning devices that look a lot like Google Glass, with small screens displaying all sorts of information to the user. The screen is tiny to the outside observer but, hovering half an inch in front of the user’s eye, it provides a similar experience to staring at a large-screen monitor.

If the future is kind to Google Glass, this is exactly the type of world we could be living, socializing and doing business in. As streaming capabilities, better Internet access and cloud computing become a bigger part of our reality, devices like Google’s rumored game console and smart watch could definitely have a place in our daily lives.

And for those of us who play video games, that could be very big news, indeed.

The worldwide video games industry, notes Business Insider, could grow as much as nine percent on an annual basis through 2013, expected to exceed more than $76 billion. Growth is anticipated to come in the mobile and online gaming market rather than through home consoles. Couple that with faster, more accessible internet access from internet providers and Google Glass could be prepping itself to be the gaming platform of tomorrow.

To see how this works, we need look no further than the current generation of video game consoles connected online. Remote play is already available through devices like the PlayStation Portable and the PlayStation Vita, allowing users to stream some of their games, movies and music stored on a home console. If Google is, indeed, working on a console of its own, then Glass would be the perfect device to stream those gaming experiences to you on the go. You could be connected to your home computer one minute, streaming a phone call to your Glass the next, then taking out your buddies in an online first-person shooter the next, all done from a park bench in the middle of the city.

Pairing devices is nothing new, but taking it to the level Google’s latest stable of devices could offer has never been done before. Imagine glancing down at your watch’s display to access your inventory in real-time rather than pausing the game. What if your smartphone or a small portable controller could be synced with your Glass, giving you all of the control options of a mobile or home gaming system, but with the enhancements of a wearable display?

It is on the way, suggests a recent Wall Street Journal article. Android games have grown in popularity with gamers, prompting the development of new devices aimed specifically at Android by other hardware companies. It makes perfect sense. If you provide the games, why not provide a platform to play them on, too? When competition is as fierce as it is in the gaming space, why not get a head start on the other runners in the race?

That’s the stance Natasha Lomas takes in her recent piece for TechCrunch, discussing Google’s possible plans to expand its hardware portfolio to include a console and Smart Watch. Lomas referred to Google as being competitive with Apple, as plans for an Apple gaming console is also on the horizon. And using its Android software is a head start to not only compete with Apple, but also Microsoft’s Surface and XBox consoles. And that all circles right back around to the newfangled Google Glass technology. It could be used for streaming games from the console, or even to enhance those games you would play on their new console in the living room.

Making a game of it

Not real yet, but not that far-fetched either

Popping that sort of content onto Google Glass while you’re playing seems like a natural fit. Even cooler, it could help gamify our real lives in a similar fashion. Maybe “ammo counts” are out of the question for most of us, but is it really so far-fetched to imagine walking down the street, on your way to meet a friend, with information like the weather, a news ticker and directions to the restaurant scrolling across the screen of your Google Glass?

It might have seemed like science fiction only a few years ago but, with Google Glass, this type of gaming and living could actually be just around the corner. 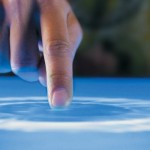